Despite the territorial defeat of ISIS in Iraq and Syria, and the dismantling of the group’s propaganda machinery, rumours of Islamist extremism’s ideological demise are greatly exaggerated.

Islamist extremism is in a state of transition. And while far-right extremism has seen a precipitous rise across the West, Islamism still constitutes the greatest global terrorism threat. But this threat is not just one of terrorism – Islamist extremists deploy violence tactically as a means of achieving their broader supremacist political objectives. It is crucial that policy makers and practitioners alike are equipped with the knowledge and tools to stem the polarisation, hate and violence resulting from Islamist extremism around the world.

For over a decade, ISD’s research team has been on the forefront of mapping the evolving online and offline ecosystem of Islamist extremist texts, supporters, ideologues and groups attempting to dominate Muslim discourse with warped supremacist ideologies. This analysis has evidenced and driven strategic responses from governments, tech companies, and communities.

A spectrum of responses
Our work on Islamism mirrors the global nature of the threat, reflecting the distinct challenges this extremism poses in Muslim majority and Muslim minority contexts. Our approach goes beyond addressing Islamism purely through a security lens, instead situating this challenge in the context of broader societal issues, including dynamics of polarisation, reciprocal radicalisation with other forms of extremism, and the relationship between religion and politics.

Rather than simply stopping Islamist violence, our work is premised on the promotion of human rights, protection of minorities, challenging extremist ideology, and preventing the mainstreaming of extremist discourse. ISD’s programmes span the spectrum of hard edge to soft edge responses – from curbing prison radicalization to promoting responsible citizenship – addressing both the tactical considerations as well as strategic context required to sustainably tackle Islamist extremism.

In 2014, ISD pioneered the testing of counternarrative campaigns with Abdullah X, a fictional animated character created by a former Islamist extremist who uses his personal experiences and insights to dismantle extremist narratives. Later in 2016, ISD worked with groups like Average Mohamed to produce campaigns that successfully engaged with target audiences. The results were published in ISD’s report, “The Impact of Counternarratives” and led to a private briefing at the White House.

Our policy advisory work supports national and municipal level policy makers around the world, from Manchester to the Maldives, as well as those on the front lines of preventing Islamist extremist violence and mobilisation, through data insights, cutting edge programming and harnessing practitioner best practice.

Drawing on our unique digital research capabilities, we have advised tech companies and governments alike on blind spots in the proliferation of extremism in the online space, from the specific targeting of women by ISIS to the tactics used by jihadist networks to avoid online moderation. These are featured in the ISD reports “The Propaganda Pipeline: The ISIS Fuouaris Upload Network on Facebook,” “The Baghdadi Net: How A Network of ISIL-Supporting Accounts Spread Across Twitter,” and “The Management of Terrorist Content: How Al Qaeda Texts Continue to Evade Facebook and YouTube Detection.“

Offline, we have mapped the resonance of Islamist extremist narratives in communities across a range of languages, and powered community-focused projects through ISD’s Online Civil Courage Initiative (with Facebook) and Innovation Fund projects (with Google.org), as well as global training workshops through ISD’s YouthCAN network that extend from Malaysia to India to Kenya and Europe.

Impact on Islamism
In its work on Islamist extremism over the past 15 years, ISD has:

Current projects include a partnership with West Point’s Combating Terrorism Center to analyse the largest known online repository of pro-ISIS content, as well as a large scale research project mapping the evolving online Salafi ecosystem across platforms in English, Arabic and German. 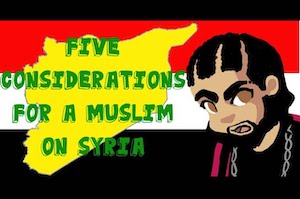 Title card for an Abdullah X counternarrative
campaign against ISIS, 2014 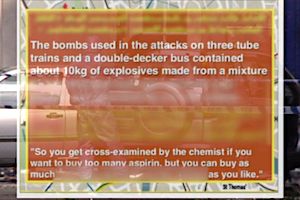 Excerpt from the “Caliphate Cache,” the largest
ISIS digital library. Discovered by ISD, 2020

Follow @MoustafaAyad
Moustafa Ayad is Executive Director at ISD for Africa, the Middle East and Asia (AMEA). He is author of the ISD reports The Propaganda Pipeline: The ISIS Fuouaris Upload Network on Facebook, El Rubio’ Lives: The Challenge Of Arabic Language Extremist Content On Social Media Platforms, ‘The Baghdadi Net’: How A Network of ISIL-Supporting Accounts Spread Across Twitter, The Management of Terrorist Content: How Al Qaeda Texts Continue to Evade Facebook and YouTube Detection, and co-author of No Platform for Old Men, Barriers to Online Youth Civic Engagement and P-CVE in Europe.

Follow @@rashadzali1
Rashad Ali is a Resident Senior Fellow at ISD. Rashad is a counter terrorism practitioner who works on deradicalisation initiatives alongside Prisons, Probation Services, Police and community groups. He was formerly a national leadership member of Hizb ut-Tahrir, the revolutionary Islamist organisation and has been actively involved in undermining its extreme ideology and perversion of Muslim faith since his departure. As a researcher he has given testimony and contributed submissions to the Home Affairs Select Committee on Radicalisation, the Parliamentary Select Committee on Intelligence and has briefed the London Mayor's office on Counter Terrorism and has been consulted by think tanks and governments in Germany, Denmark, the EU and the US. He is an external lecturer for Derby University’s Master Class courses on Radicalisation and Counter Terrorism. He has written for The Observer, The Guardian, The Telegraph, The Independent, The Times, Dissent Magazine, Birlingske in Denmark, Conservative Home, and given commentary for Newsnight, BBC News. He is the author of Islam, Shariah and the Far Right published by Demoqratiya journal, A Guide to Refuting Jihadism published by HJS and EFD, and the author of the ISD report Blasphemy, Charlie Hebdo, and the Freedom of Belief and Expression. He is classically trained in Islamic theology and jurisprudence and Modern studies in Islam. He studied at al-Azhar University, Cairo, and the Markfield Institute. 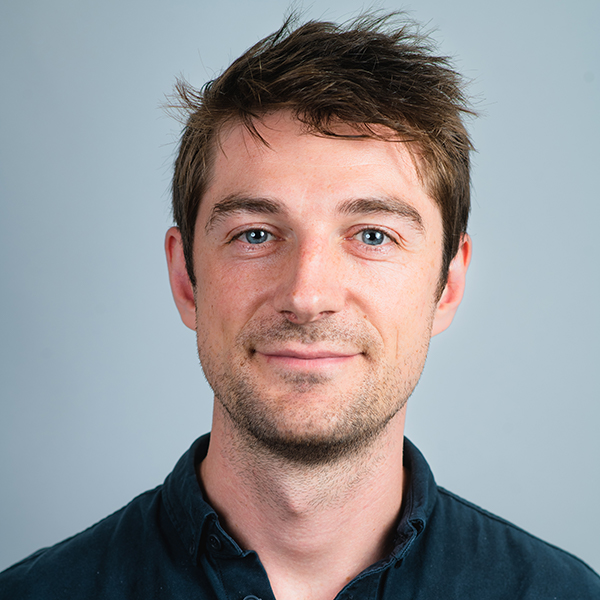 Follow @@MiloComerford
Milo Comerford is Head of Policy & Research, Counter Extremism, leading ISD’s work developing innovative research approaches and policy responses to extremism. Milo regularly briefs senior decision makers around the world on the challenge posed by extremist ideologies, and advises governments and international agencies on building effective strategies for countering extremism. He was previously Senior Analyst at the Tony Blair Institute for Global Change, where he led major research projects on Salafi-jihadi propaganda, international educational responses to extremism, and the transnational far right. His writing and research features frequently in international media and he has made recent broadcast appearances on BBC News, Sky News and Al Jazeera.

Follow @@JakobGuhl
Jakob Guhl is a Senior Manager, Policy & Research, at ISD, where he works within the Digital Research Unit and with ISD Germany. His research focuses on the far-right, Islamist extremism, hate speech, disinformation and conspiracy theories. Jakob is a frequent commentator on German radio and broadcast and has been invited to present his research on online hate to the German Ministry of the Justice and provided evidence to the German Minister of the Interior and the German Family Minister on how to strengthen prevention against right-wing extremism and antisemitism. His research has been featured in Die Zeit, The Guardian, DW, The Telegraph, CNN, Euronews, Coda Story, Vice, Politico, New Republic and Die Welt, among others. Additionally, he has published articles in the “Journal for Deradicalisation”, “Demokratie gegen Menschenfeindlichkeit”, Taz, Der Standard, New Statesman and GNET, and contributed to edited volumes about antisemitism on social media, conspiracy theories and the origins of contemporary political anger. He is the co-author of the ISD reports Researching the Evolving Online Ecosystem: Barriers, Methods and Future Challenges, Gen-Z & The Digital Salafi Ecosystem, Crisis and Loss of Control: German-Language Digital Extremism in the Context of the COVID-19 Pandemic, Hosting the ‘Holohoax’: A Snapshot of Holocaust Denial Across Social Media, A Safe Space to Hate: White Supremacist Mobilisation on Telegram and The Online Ecosystem of the German Far-Right. Jakob holds an MA in Terrorism, Security and Society from King’s College London.
Manage Cookie Consent
By clicking “Accept All Cookies” you consent to store on your device all the technologies described in our Privacy Policy. You can change your cookie settings at any time by accessing your browser settings.
Manage options Manage services Manage vendors Read more about these purposes
Preferences
{title} {title} {title}