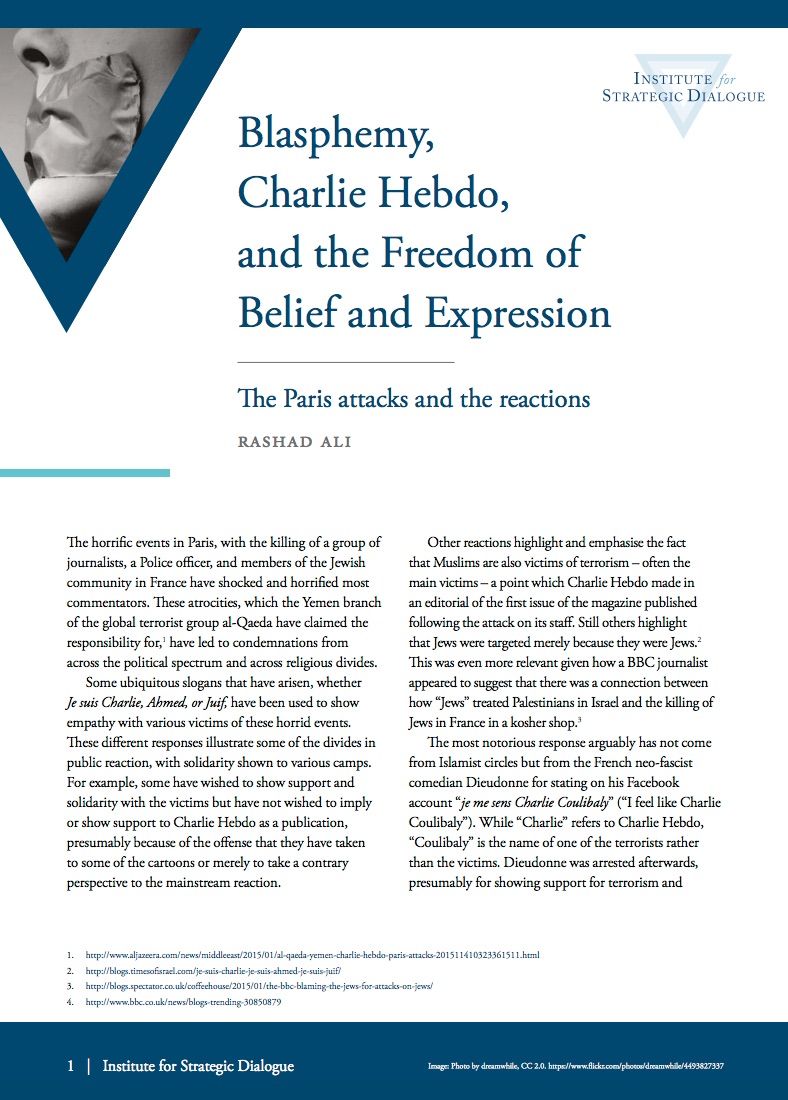 This briefing paper discusses the reactions to the horrific events that unfolded in Paris in January 2015, with the murders of a group of journalists, a police officer, and members of the Jewish community. Responses have ranged from the slogan ‘Je suis Charlie’ to those highlighting the Muslim victims of terror, to those defending the right to get offended and react, but not violence. So what is blasphemous and insulting about these cartoons? Why has such an extreme perspective on speech been used to explicitly justify murder and acts of terror in the minds of the perpetrators? Rashad Ali discusses the inconsistencies and contradictions in terrorist and extremist interpretations of Islam and blasphemy, and demonstrates the need to highlight the ideological flaws in their narrative. The views expressed in this paper are solely those of the author and do not represent those of the Institute for Strategic Dialogue.

Under-Moderated, Unhinged and Ubiquitous: Al-Shabaab and the Islamic State Networks on Facebook

This report outlines networks of Somali, Kiswahili and Arabic pages and profiles on Facebook which are supportive of al-Shabaab and the Islamic State. It serves as a a case study into the moderation blind spots of the platform in languages outside of English, and illustrates how terrorist supporters are exploiting these gaps.