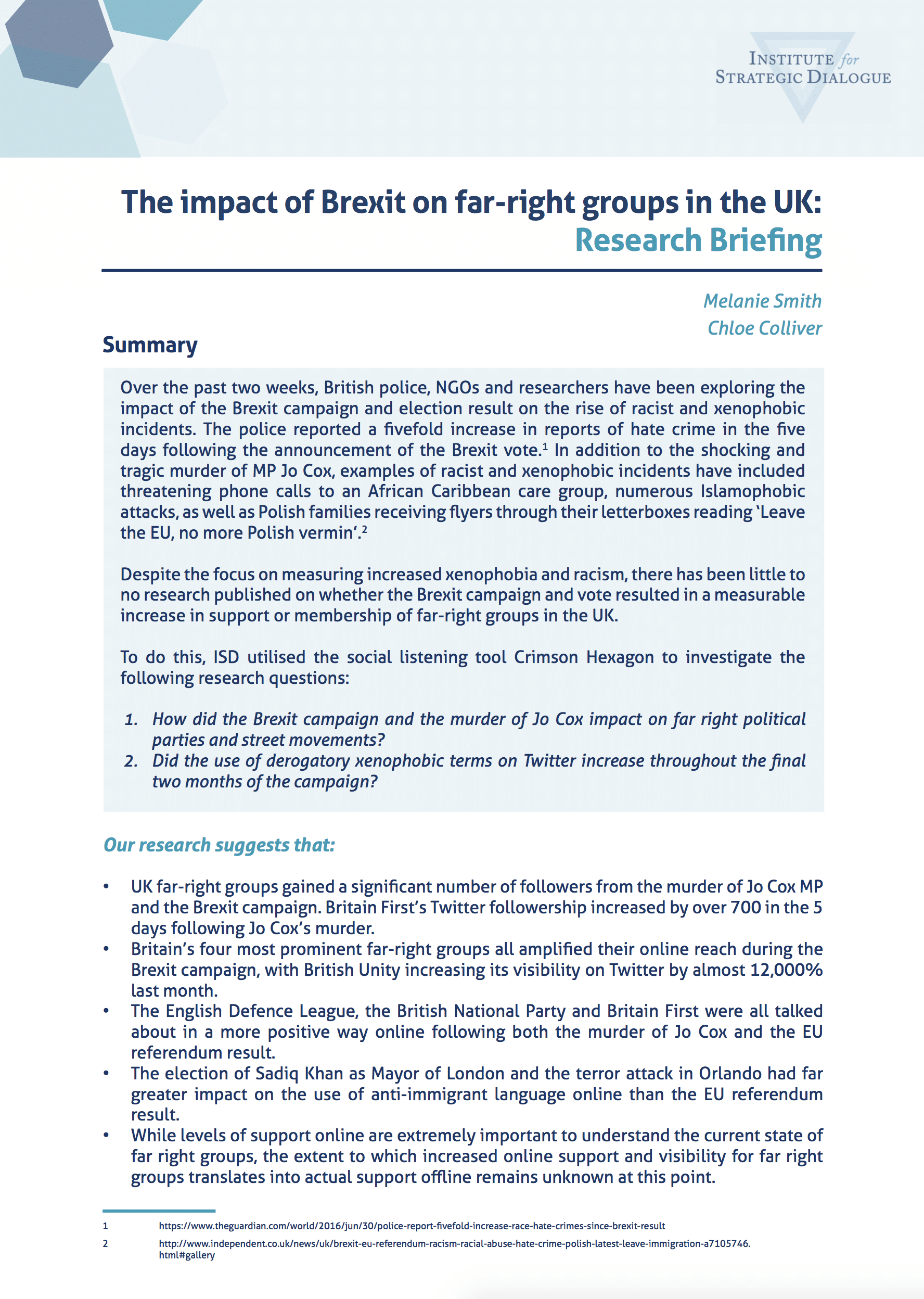 This research briefing uncovers the impact of both the announcement of the Brexit vote and the murder of Jo Cox MP on UK far right groups. Despite huge press attention on the issues of xenophobia and racism following the Brexit vote, very little research has emerged to show how the result has affected levels of support for existing far right political parties and street movements like ‘Britain First’ or the ‘English Defence League.’ Monitoring and analysing the presence of these groups on Twitter shows that followership of all of the five groups studied increased following these two events.

This study also investigated the use of derogatory xenophobic language on Twitter over the last two months, revealing that the election of Sadiq Khan as Mayor of London and the Orlando terror attacks had a much more significant impact than the Brexit result.

This report highlights how extremists in the U.S. have capitalised on the COVID-19 pandemic to engage in violent attacks, produce and promote conspiracies and disinformation and intimidate those whose professions relate to managing or reporting on the coronavirus.