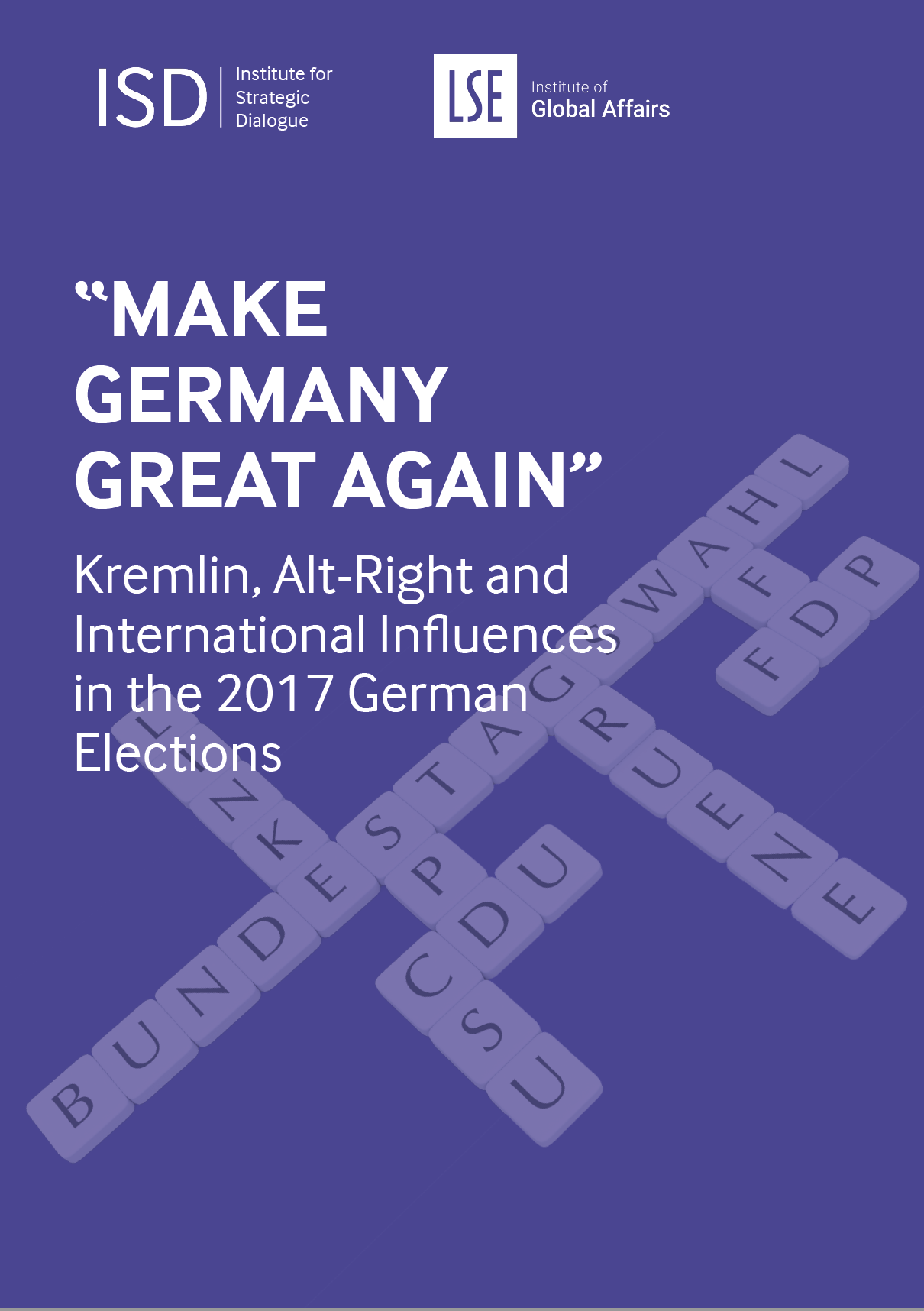 This report presents the findings of a project run with partners from the Arena Project, part of the Institute for Global Affairs at LSE, that investigated Kremlin and other foreign attempts to influence the 2017 German elections. The project uncovered the tactics and narratives employed by Kremlin-sponsored media, pro-Kremlin social media networks and the international alt right to distort political discourse during the election campaign period.

The report explores how these efforts differed across three audiences in Germany: the nationalist right, the left wing and the Russian-speaking population. Through a mixed methodology that included social media analysis, investigative journalism and broadcast media monitoring, the report demonstrates the coordination of attempts to manipulate the debate between the online and offline. The report provides recommendations for steps that can be taken by domestic and international civil society, policymakers, and media in order to build a proportional and effective response to these efforts.