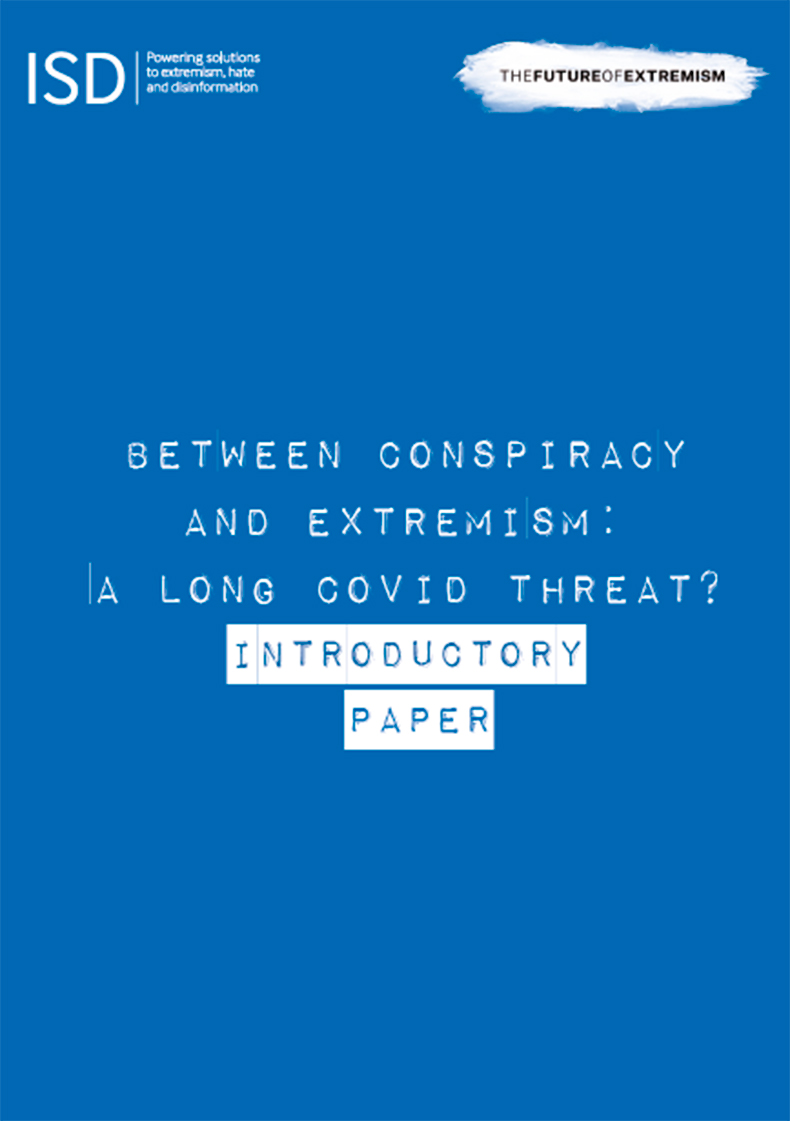 Beyond its immediate public health impacts, the COVID-19 pandemic has driven a spectrum of harmful activity both online and offline. One of the most prominent examples of this has been what the World Health Organization has dubbed the ‘infodemic’, the mass proliferation of false and misleading information which has led to mistrust in health authorities and undermined the public health response. Additionally a number of extremist movements have capitalised on the pandemic to advance hateful and violent ideologies. Beyond these areas, the pandemic has also ignited protest movements globally. Cohorts of activists have taken to the streets in response to what they see as authoritarian overreach by governments in their response to the pandemic. While concerns about government overreach are reasonable during a pandemic which has seen a range of authoritarian responses globally, individuals associated with these movements have also been involved in a range of harmful activity, including attempted terrorist attacks and killings.

To better understand the nature of these movements ISD has developed a series of briefings analysing the make-up and activities of anti-lockdown activists across Europe and North America. This paper provides a summary of this series, comparing these phenomena across borders, and identifying commonalities between these contexts. Our analysis identifies how mobilisation against COVID restrictions has brought together a broad-church of activists, with right-wing extremists rubbing shoulders with New Age spiritualists and alternative health practitioners. Although there is a lack of ideological coherence across these movements, we have found that across countries they are consistently engaged in harmful activity of different types, including the amplification of disinformation, harassment, hate speech, and threats of violence.

The Murky Origin Story of #IstandwithRussia

This briefing note is intended to understand the origins of the #IstandwithRussia campaign, the accounts behind it, and the parallels and linkages it has to pro-Kremlin media and narratives on social media platforms.