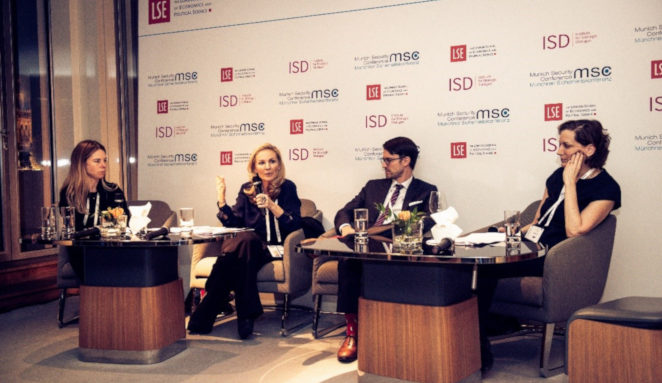 ISD was a key contributor to the discussion around disinformation, misinformation and digital policy at the Munich Security Conference 15-16 February, 2019.

They were joined by Nathaniel Gleicher, Head of Cybersecurity Policy at Facebook. The session was moderated by Katrin Bennhold, Berlin bureau chief for The New York Times.

High-level actors from government, tech and the media attended the event, which was well received on social media.