By: Zoé Fourel and Cécile Simmons

A growing body of research has followed the global increase in gender-based mis- and disinformation targeting women running for public office. During the 2020 American presidential elections, ISD found that women candidates were almost twice as likely to face abuse on Twitter as their male counterparts and were often subjected to attacks. This same study found that women from ethnic minority backgrounds faced particularly high levels of abuse. Research from the Center for Democracy & Technology corroborated ISD’s research, finding that women candidates of were twice as likely to be targeted with mis- and disinformation, and are more likely to receive certain forms of online abuse, including violent threats.

In 2022, ISD has once again found evidence that social platforms, specifically multimedia-first TikTok and Instagram, have failed in consistently enforcing their own policies to safeguard female political figures and prevent the spread of harmful, abusive content.

Online abuse is falling through the cracks of policy and moderation. The consequences include potentially discouraging women, especially from ethnic minority backgrounds, from running for office in the future. This in turn threatens progress on diversity and representation in politics.

This investigation aimed to understand the role played by hashtag recommendations on TikTok and Instagram in the amplification of gender-based abuse of women in the US political arena ahead of the 2022 midterms.

This Dispatch is a summary of a long-form investigation, available now on ISD’s website: Hate in Plain Sight: Abuse Targeting Women Ahead of the 2022 Midterm Elections on TikTok and Instagram

ISD curated  list of women in public office in the US. Women were selected based on party affiliation and similar levels of following as well as identity-based criteria. 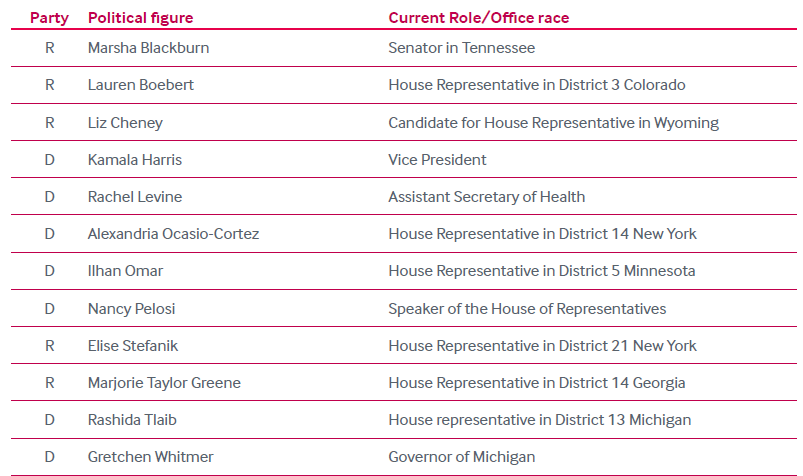 Table 1: Summary of the list of candidates selected for this research (D = Democrat; R = Republican).

Table 2: Summary of top hashtags on Instagram and TikTok for Rachel Levine.

ISD found misogynistic language and attacks directed at women in the posts recommended under the hashtags suggested by both Instagram and TikTok, regardless of political affiliation to Republicans or Democrats. ISD found multiple posts targeting women with misogynistic slurs and dehumanizing language. Sexual content depicting both Republican and Democrat women was observed on both platforms, and was frequently featured in memes, videos and audios. On TikTok, analysts found the same audio containing sexual lyrics targeting Nancy Pelosi was used in multiple recommended videos.

For example, ISD found that representatives Ilhan Omar and Rashida Tlaib were subject to specific forms of abuse and were accused of supporting terrorist organizations or being a foreign agent.

Throughout this investigation, ISD identified examples of gendered disinformation or weaponization of sex-based narratives to attack women. For instance, multiple posts claimed Ilhan Omar had “married her brother”, dehumanizing and sexual content was often shared when referencing this narrative. 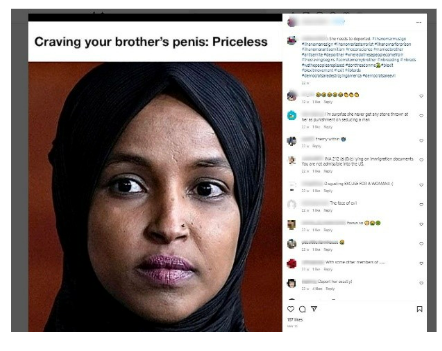 ISD identified potential breaches to Instagram and TikTok’s policies throughout the investigation. Meta’s terms of service specifically cover a broad range of online harms, including hate speech, and bullying and harassment. TikTok community guidelines, on the other hand, prohibit hate speech or content involving hateful behaviour, hateful ideologies and sexual harassment. Nonetheless, ISD identified multiple instances of potential violations. This was particularly evident in audio and image-based content, which exemplifies the necessity for platforms to address gaps in implementing their own policies on all features.

When looking at specific examples, the audio targeting Nancy Pelosi would fall under TikTok’s sexual harassment policy that prohibits “content that simulates sexual activity with another person, either verbally, in text (including emojis), or through the use of any in-app features.” The memes claiming Ilhan Omar is a terrorist or suggesting she supported 9/11 on Instagram are a potential violation of Meta’s hate speech policy as the platform prohibits “dehumanizing speech or imagery in the form of comparisons,” including to criminals, based on a protected characteristic. Moreover, ISD identified posts promoting conspiracy theories alongside the hashtags, including -related conspiracies. In these cases, the platforms themselves were promoting the viral hashtags and categorizing content under them, potentially violating their own policies. This was the case with a video tagged with another targeting Nancy Pelosi (#nancypelosiforprison), potentially violating Instagram’s COVID-19 and Vaccine Policy Updates & Protections policy. Similar observations were made for posts dealing with disinformation about the outcome of the 2020 elections, the January 6 Capitol attack, and voter fraud claims in relation to Democratic candidates, all potentially breaching Meta’s mis/disinformation policies. 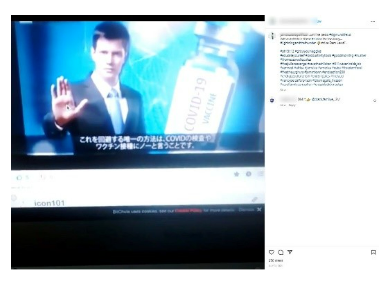 Figure 6: Example of an Instagram video which features disinformation and conspiracy theories on COVID-19 and vaccination. This post was not labelled by Instagram as sharing COVID-19 information. 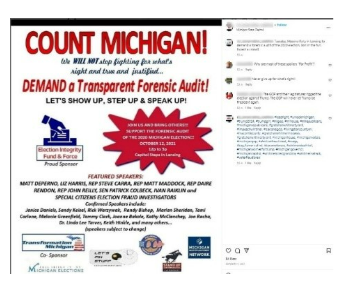 Based on this investigation ISD formulated several recommendations: 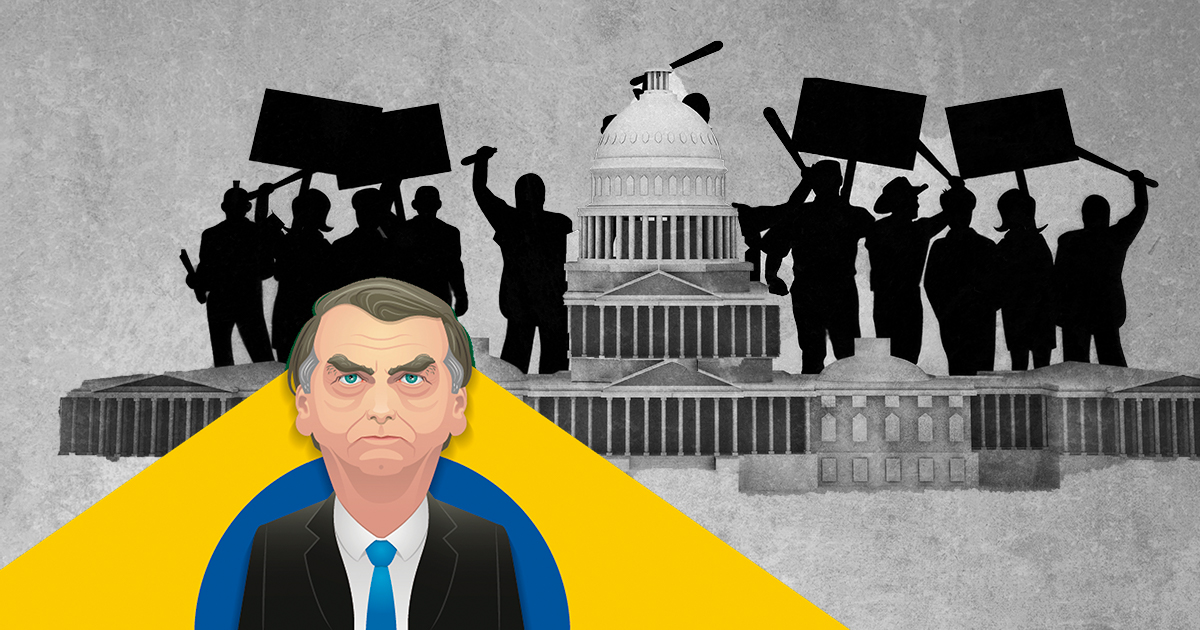 How January 6 inspired election disinformation around the world

Two years on from the January 6 insurrection, the occupation of Brazil’s presidential palace is a stark reminder that election denial and disinformation are proliferating worldwide and threatening democratic processes.