Russia’s invasion of Ukraine has brought a deluge of disinformation to conspiracy groups on social media platforms. Amidst this chaos, a tectonic shift appears to be underway.

QAnon-adjacent conspiracy groups have previously been hostile to China and the Chinese Communist Party (CCP). However, the dynamics of the invasion are shifting their views. In an astoundingly short space of time, Xi Jinping appears to have been recast from a villain to a hero in the QAnon conspiracy pantheon.

The events of the past three weeks are a powerful illustration of why this shift in perception matters. Along with claims that Xi is secretly working against the CCP (and against the global cabal with Trump and Putin), we can see concurrent shifts in attitudes towards Taiwan and potential for pro-Kremlin propaganda to act as a gateway to Chinese state media propaganda. The consequences of a Western conspiracy audience primed to receive narratives from the Chinese state could be dire.

In the past several weeks, the relationship that Russian state media has cultivated with Western conspiracy groups has enabled the decades-old Russian “US bioweapons” conspiracy theory to be laundered into QAnon groups; be amplified by a QAnon influencer; make its way into fringe US right-wing media; and finally appear on Fox News. As a result, a baseless anti-US conspiracy theory originating with the Russian state is being broadcast onto television and phone screens across the US and the world.

This chain of events reveals how the conspiracy community has served as an effective conduit between the state propaganda of a hostile power and Western mainstream media (as the host of the most watched show in US cable news, Tucker Carlson is undeniably mainstream).

Until now, the hostility of QAnon and QAnon-adjacent conspiracy groups (groups that have absorbed at least some of QAnon’s core narratives, such as COVID-19 conspiracy groups, anti-vaccine groups and Sovereign Citizen groups) towards China has prevented Chinese state media from developing a hold over them in the way that Russian state media has. However, if Xi Jinping and China are suddenly transformed into secret allies of Trump within the QAnon narrative, it will create a window of opportunity for Chinese state media organisations to begin fostering a relationship with Western conspiracy audiences.

How is this happening?

QAnon and QAnon-adjacent groups have taken a strongly pro-Putin position in the context of the Russia-Ukraine conflict. They appear to have bought into many of the Russian government’s pretexts for invading Ukraine.

In this context, Putin’s efforts to build an alliance with China poses a narrative challenge: if Putin is secretly working with Trump and one of the ‘good guys,’ but simultaneously wants to be allies with Xi Jinping, does that mean that Xi Jinping is also a ‘good guy’?

The attempts to resolve this narrative conflict appear to be driving the shift towards a more pro-China position. The QAnon conspiracy theory often evolves by trial and error. Different versions of potential narratives are thrown out into the community, with those which gain the most traction becoming the accepted version. We are currently in such a phase of evolution, where different versions of a pro-China QAnon narrative are being trialled.

One version, for example, attempts to position Xi Jinping as a hero within QAnon’s long-time opposition to the CCP by claiming that Xi is secretly working against the CCP . This version claims that Xi is collaborating with Trump and Putin (sometimes alongside other leaders such as India’s Narendra Modi and Saudi Arabia’s Mohammed bin Salman) to take down the evil global cabal.

While the idea that Xi Jinping is fighting against the CCP may sound ridiculous at face value, it parallels the QAnon narrative that Trump as president was working against the evil Deep State within the US government. This might make it more believable for QAnon followers.

In another attempt to retcon the idea that China has secretly been working with Trump all along, some are suggesting that Trump’s odd pronunciation of “China” is in fact a coded reference to Ukraine. This would mean that the (numerous) negative comments Trump made about China both during and after his presidency were actually references to Ukraine and not about China at all.

Image 1: Screenshot of part of a long Telegram post on 21 March 2022 from a QAnon influencer, promoting a pro-China version of the conspiracy narrative.

For example, the screenshot below shows a tweet by Liu Xin, a senior host on Chinese state media channel CGTN, being shared into the QAnon Midnight Rider channel on Telegram via the pro-Kremlin channel Intel Slava Z. 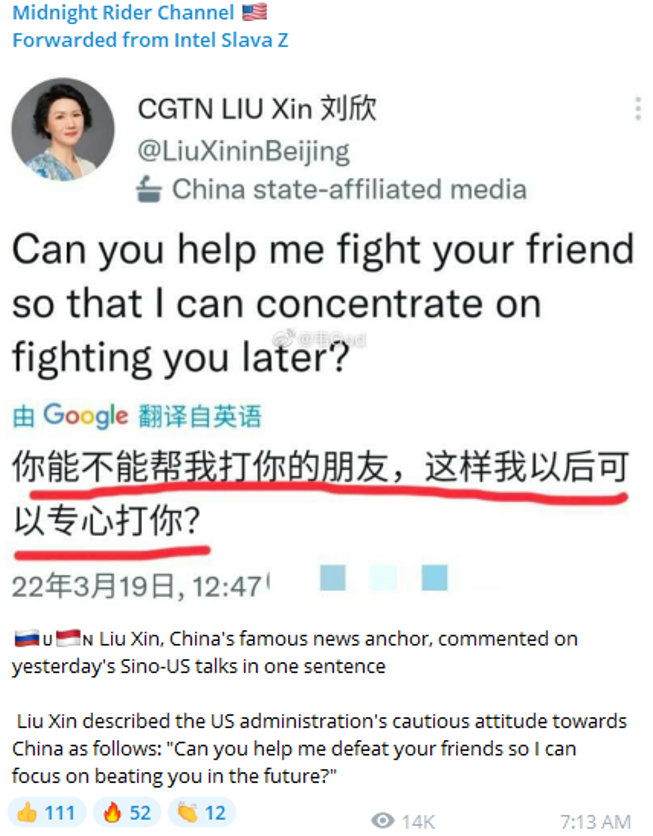 Image 2: Screenshot of post on 20 March 2022 in the ‘Midnight Rider Channel’ on Telegram.

Why is pro-China sentiment amongst these communities concerning?

The pivot to China by QAnon and QAnon-related conspiracy communities is not yet fully consolidated. Whether it evolves to become the dominant narrative strain or whether it disappears as quickly as it sprung up will depend on a range of factors, the most prominent of which will be how China’s position on the war in Ukraine plays out.

Another factor is the presence of extensive anti-CCP networks linked to Steve Bannon, Guo Wengui and the Falun-Gong backed media organisation The Epoch Times in these information ecosystems. It is likely that CCP opponents who are active in these spaces will seek to fight the emerging pro-China narrative.

QAnon’s shift to China may seem silly, but that does not mean that it is trivial. The consequences of Russian state media and propaganda influence over Western and US conspiracy communities has been clear to see over the past several weeks. A conspiracy theory which the Russian state has had limited success with outside of Russia since first floating it in 2001 has suddenly vaulted onto the screens and airwaves of audiences in the US and around the world – not due to any startling innovations by the Russian propaganda system, but because it struck a chord with Western conspiracy theorists.

It is this dynamic which will present a serious challenge for Western democracies as the fallout from Russia’s attack on Ukraine continues. And it is in light of this, that the prospect of Chinese government mouthpieces cultivating a similar hold over Western conspiracy communities is profoundly concerning.