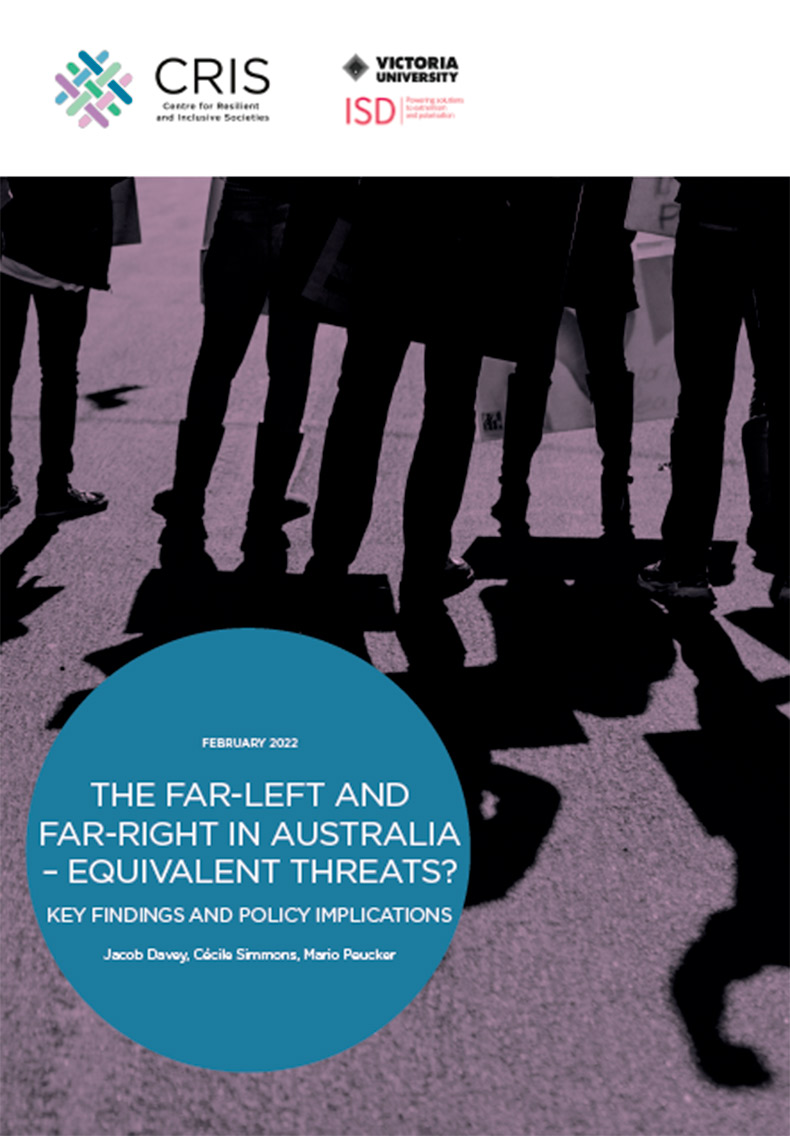 The re-emergence of Australia’s far-right in the mid-2010s saw an unprecedented level of online mobilisation and a wave of street protests across the country which were often met with counter-protests by anti-racist and anti-fascist networks, most of them associated with far-left groups. This often resulted in clashes, sometimes violent, between opposed political groups.

Potentially violent threats associated with the far-right and, to a significantly lower degree, far-left mobilisation in Australia have become the subject of growing concern for government- and public authorities in recent years.  This demonstrates a shift in understanding of the radical, extremist and terrorist landscape beyond what Australia’s intelligence apparatus now refers to as religiously motivated violent extremism. However, evidence of threats posed by far-left actions remains limited, while the full extent and impact of far-right fringe and extremist activity continues to be investigated by researchers.