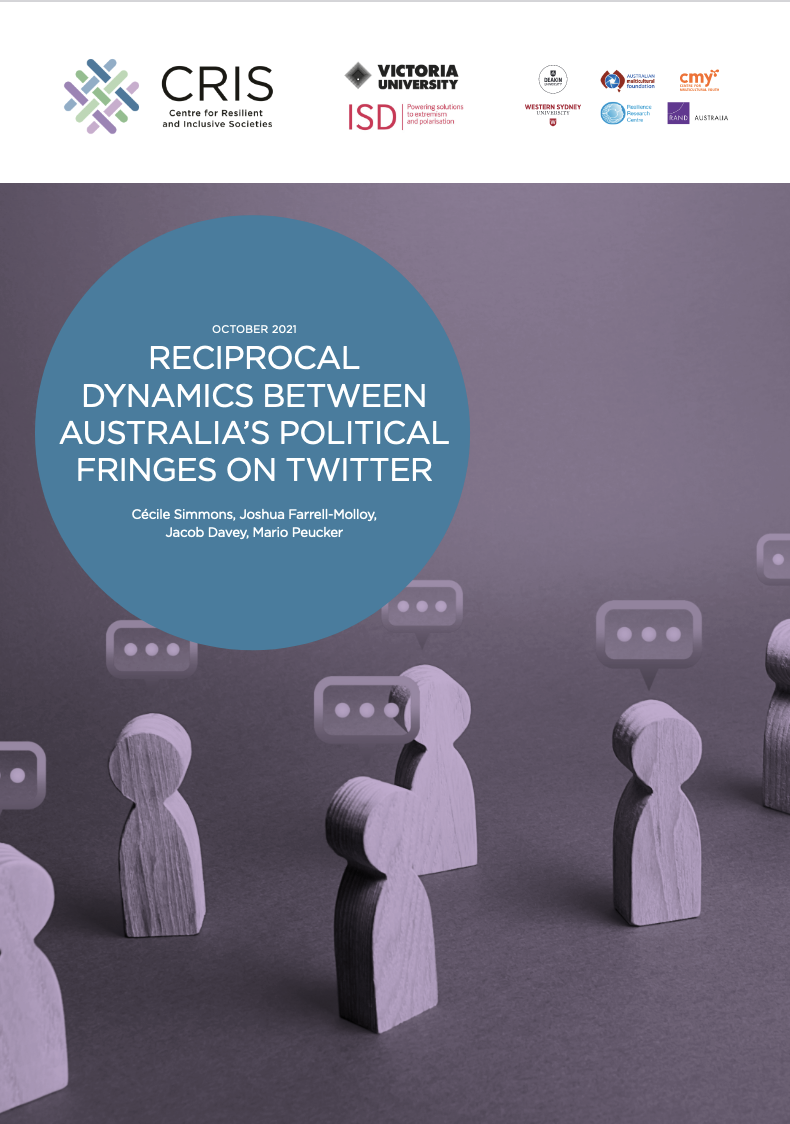 This report presents analysis of patterns of far-right and far-left mobilisation on Twitter in Australia based on examining the behaviour of and interplay between two networks of accounts. To help build an understanding of these reciprocal dynamics, researchers at ISD and the Institute for Sustainable Industries & Liveable Cities at Victoria University analysed 404,375 tweets produced by a sample of 151 far-left and 75 far-right Australian Twitter accounts since 2016. This included examining the interactions between the two sets of actors, differences and commonalities in their online behaviours, and key topics of mobilisation.

The analysis found that conversation about each side’s respective political opponents was a key driver in both far-right and far-left mobilisation on Twitter and that both sets of actors used oppositional narratives as part of their online activities, suggesting that surges in activity by one political fringe will likely inspire counter-mobilisation.