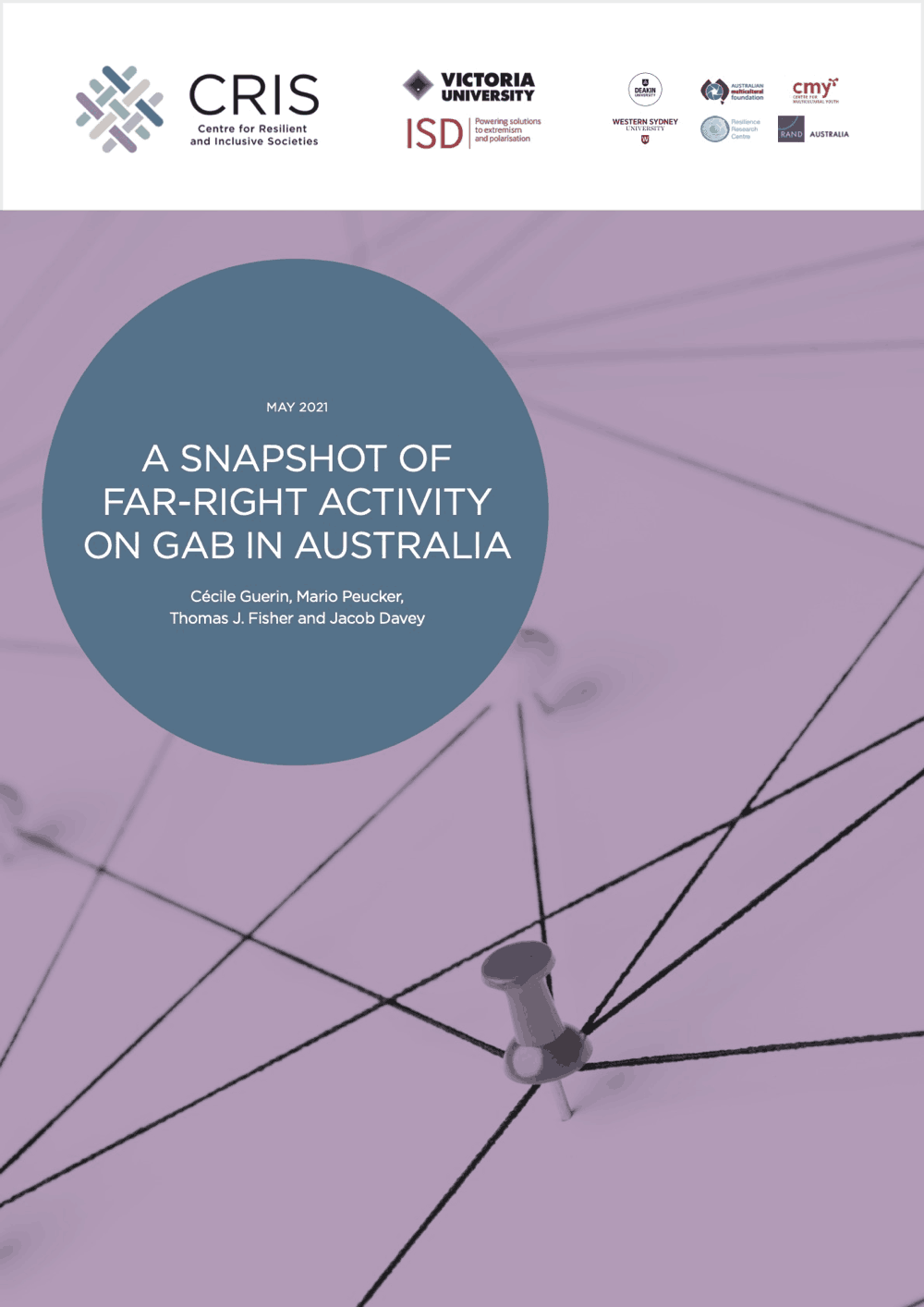 On 27 October 2018, an American white supremacist made a final post on the fringe social media platform Gab before entering a synagogue in Pittsburgh, Pennsylvania, and shooting and killing 11 people. The platform, which was launched in 2016 and bills itself as a champion of free speech, has gained notoriety in recent years for hosting a range of far-right extremist communities. In 2021, following the 6 January storming of the US Capitol building by a range of far-right extremists, Gab reported a record uptick in new members, as far-right communities that had been banned on Twitter and Facebook moved to the platform.

As mainstream social media platforms increase their content moderation and scrutiny of far-right extremists, the role of alternative social media and online platforms in driving extremist mobilisation of the far-right has been the subject of growing concern. Assessing the activities of far-right actors on Gab is important to understand the nature of contemporary far-right mobilisation online. However, the role that Gab plays in the Australian context is still poorly evidenced. To help build an understanding of how Australian far-right actors use the platform, researchers at ISD and VU analysed the content of Australian far-right users on the platform between 1 January and 30 September 2020.