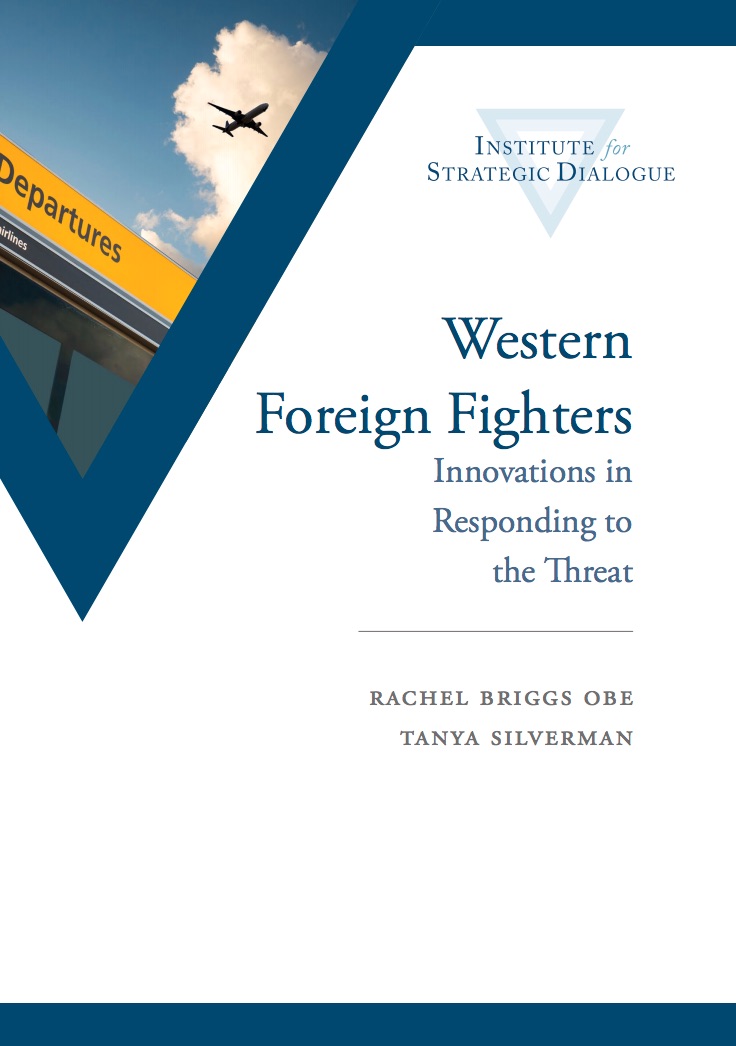 The security threat posed by so-called ‘foreign fighters’ is an ever-present fear of Western Governments. The departure of European and North American nationals to war zones to participate in conflict or terrorism-related activities presents a number of potential and serious threats.

This paper argues that Western Governments in particular need to expand their efforts to develop measures to effectively counter the foreign fighter phenomenon. Existing legal and policing measures should be supplemented by (a) building resilience to extremist propaganda, both online and offline; (b) prevention of travel through interventions; and (c) reducing the risk represented by radicalised individuals upon their return and providing support for their parents, families and wider communities.

Policy Paper: Mainstreamed Extremism and the Future of Prevention

This policy paper considers the paradigm shift in prevention approaches required to respond to today's extremism challenges, focusing on a human rights based approach.

Hatescape: An In-Depth Analysis of Extremism and Hate Speech on TikTok