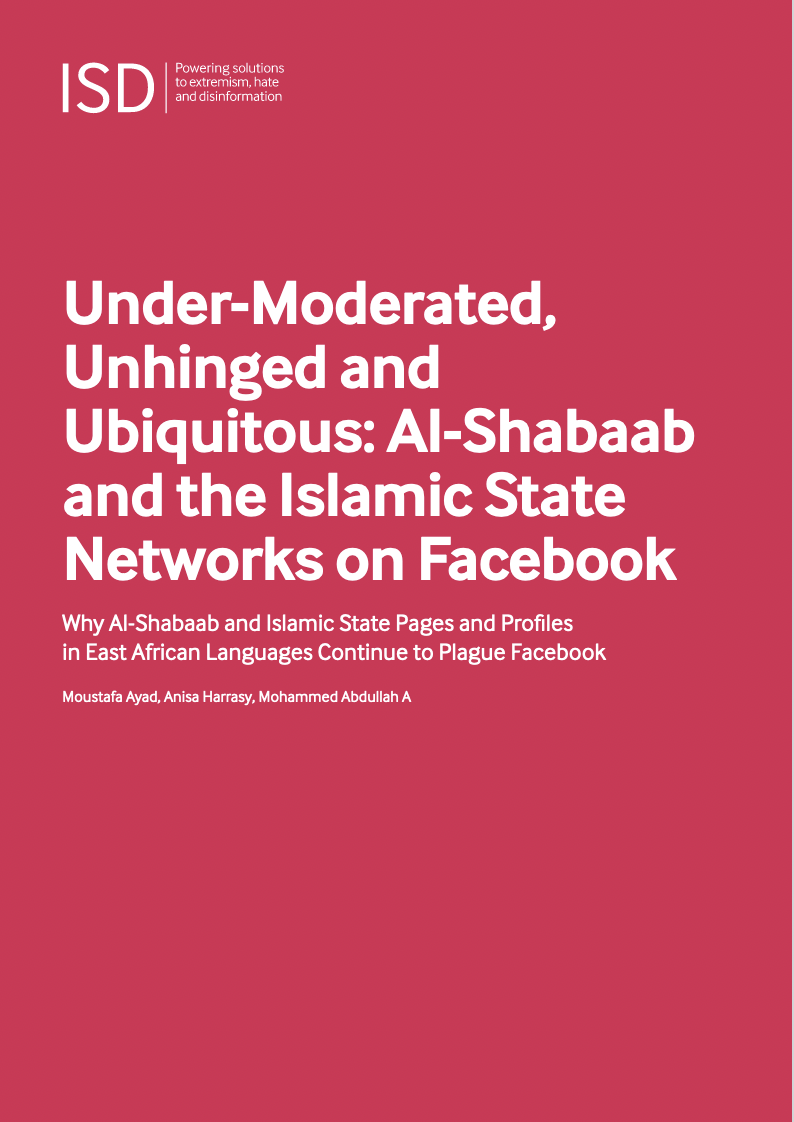 Researchers at the Institute for Strategic Dialogue (ISD) led a two-year investigation into the online media ecosystem of al-Shabaab and the Islamic State in Africa, analyzing the role of “independent news” outlets and their intersections with hundreds-strong networks of amplifier profiles on Facebook linked to a number of central pages identifying themselves as “media outlets” or “media personalities” operating in Somali, Kiswahili and Arabic. Researchers found that the network of support for al-Shabaab and Islamic State extended across several platforms, including decentralized messaging applications such as Element and RocketChat, and encrypted messaging platforms such as Telegram, as well as Twitter, YouTube and Facebook.

A qualitative cross-platform analysis showed the most active, networked, and multilingual ecosystem of support for al-Shabaab and the Islamic State existed on Facebook, where profiles and pages classified as “media outlets” were sharing terrorist content openly and eschewing private groups and profiles. The content that ISD researchers observed through the networks is often linked to “media” and “media personality” pages in Somali, Kiswahili and Arabic, and not only violates the platform’s community guidelines, but also points to language moderation blind spots that have been previously documented by journalists as well as whistleblowers