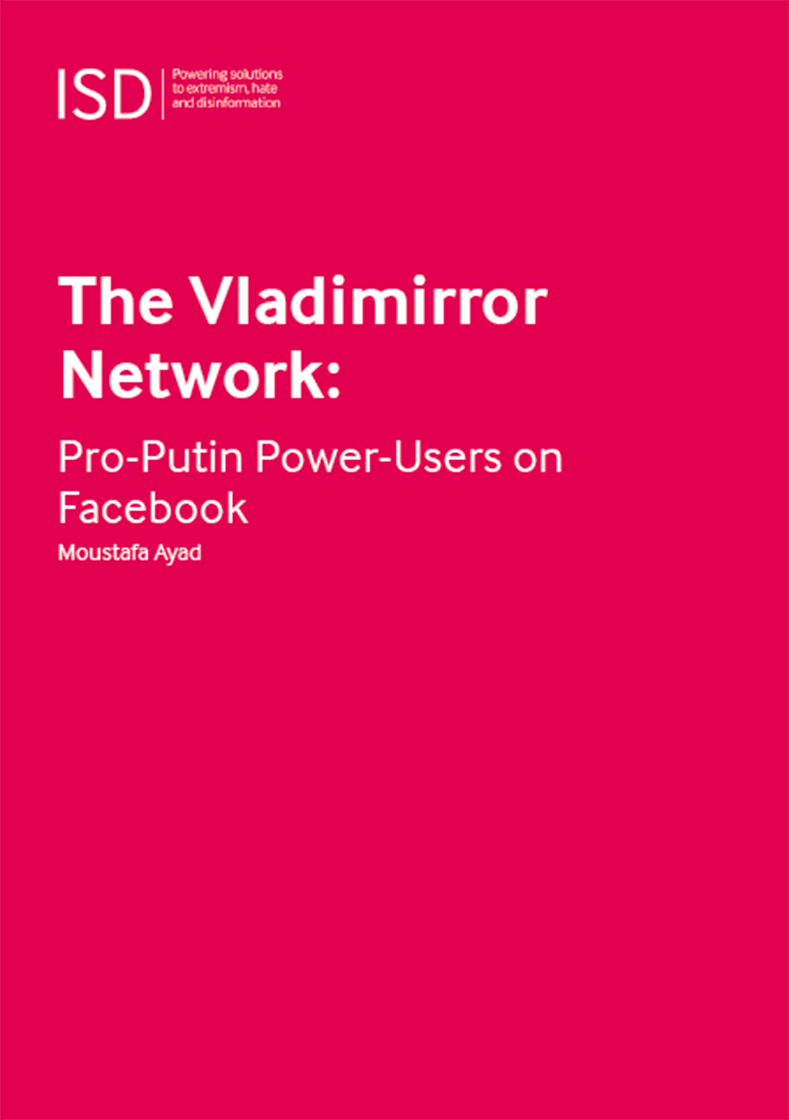 Institute for Strategic Dialogue (ISD) researchers identified key pro-Putin accounts with two or more duplicates engaged in administering, moderating, and contributing to large public Facebook groups with hundreds of thousands of members fawning over the Russian President Vladimir Putin, the Russian military, and occasionally spreading Kremlin disinformation, all while generating millions of posts across the platform. This briefing note outlines the mechanics, narratives, and linkages of the pro-Putin power users — producing content at a high-rate day in and day out since the start of the invasion — on Facebook to pro-Kremlin groups and pages, painting a picture of a coordinated, seemingly inauthentic campaign intended to buttress the image of Putin in a range of languages and geographies. While research is still ongoing, ISD has identified emerging linkages between this network and the Kremlin media apparatus, which provides much of the content used.

Pro-Putin support has long been a staple of several pages, groups, and networks on Facebook. The role of what appears to be inauthentic networks, however, has been under-reported outside of election cycles. This briefing note highlights a different reality, where disparate yet connected micro-networks of duplicate pro-Putin power users are always active, evading moderation and detection for years.