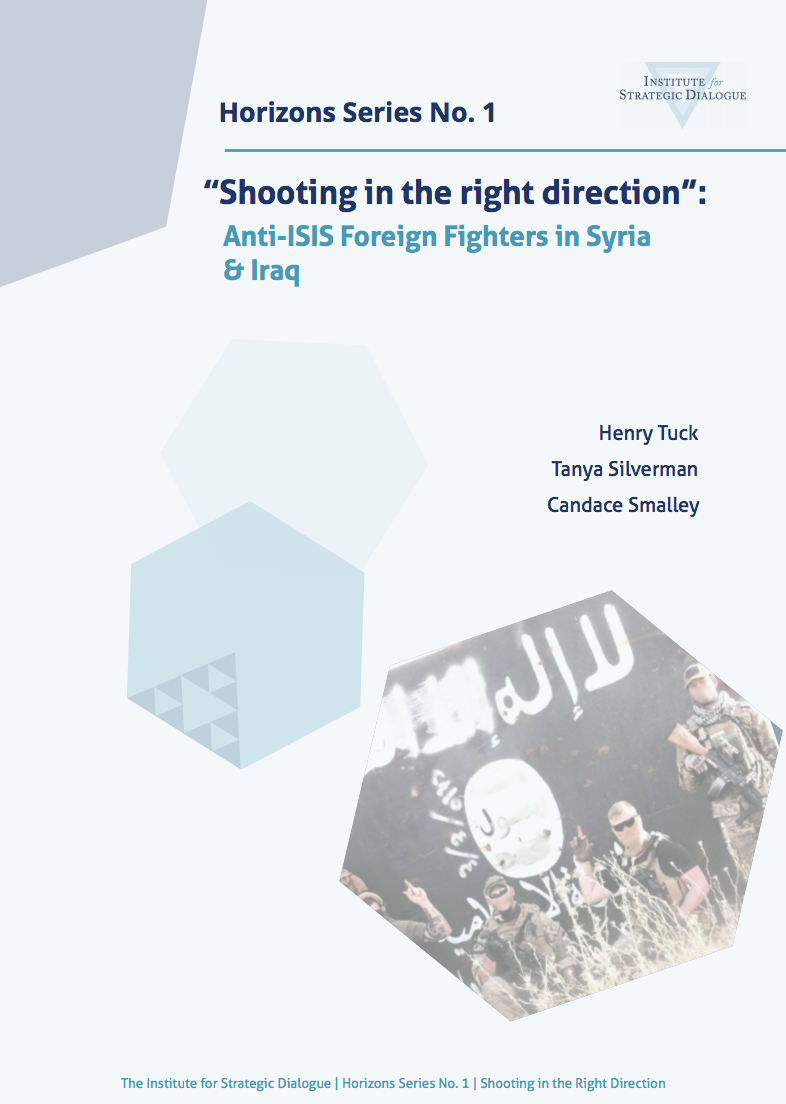 Whilst the term “foreign fighter” is commonly associated with these individuals joining ISIS and other extreme Islamist groups, there has been far less attention on the hundreds of other foreign fighters that have travelled to fight against ISIS. This report builds on ISD’s research into the Islamist foreign fighter and female migrant phenomenon, and is based on a dataset of 300 anti-ISIS foreign fighters. It sheds light on this understudied group, examining who they are, who they are fighting with, and why they are prepared to participate in a far-away conflict. It also considers the legal frameworks of the countries providing the largest numbers of anti-ISIS fighters and the possible future implications for the fighters themselves, as well as their national governments.

This report from the Institute for Strategic Dialogue and CASM Technology provides a data-driven snapshot of online extremism in New Zealand, and the digital platforms connecting New Zealand to an international extremist ecosystem.

The Cloud Caliphate: Archiving the Islamic State in Real Time

This joint report by the Institute for Strategic Dialogue (ISD) and the Combating Terrorism Center (CTC) at West Point offers a preliminary survey and analysis of one of the largest known online repositories of Islamic State materials, nicknamed the “Cloud Caliphate,” to increase understanding of how violent extremist groups and their supporters manage, preserve, and protect information relevant to their cause.