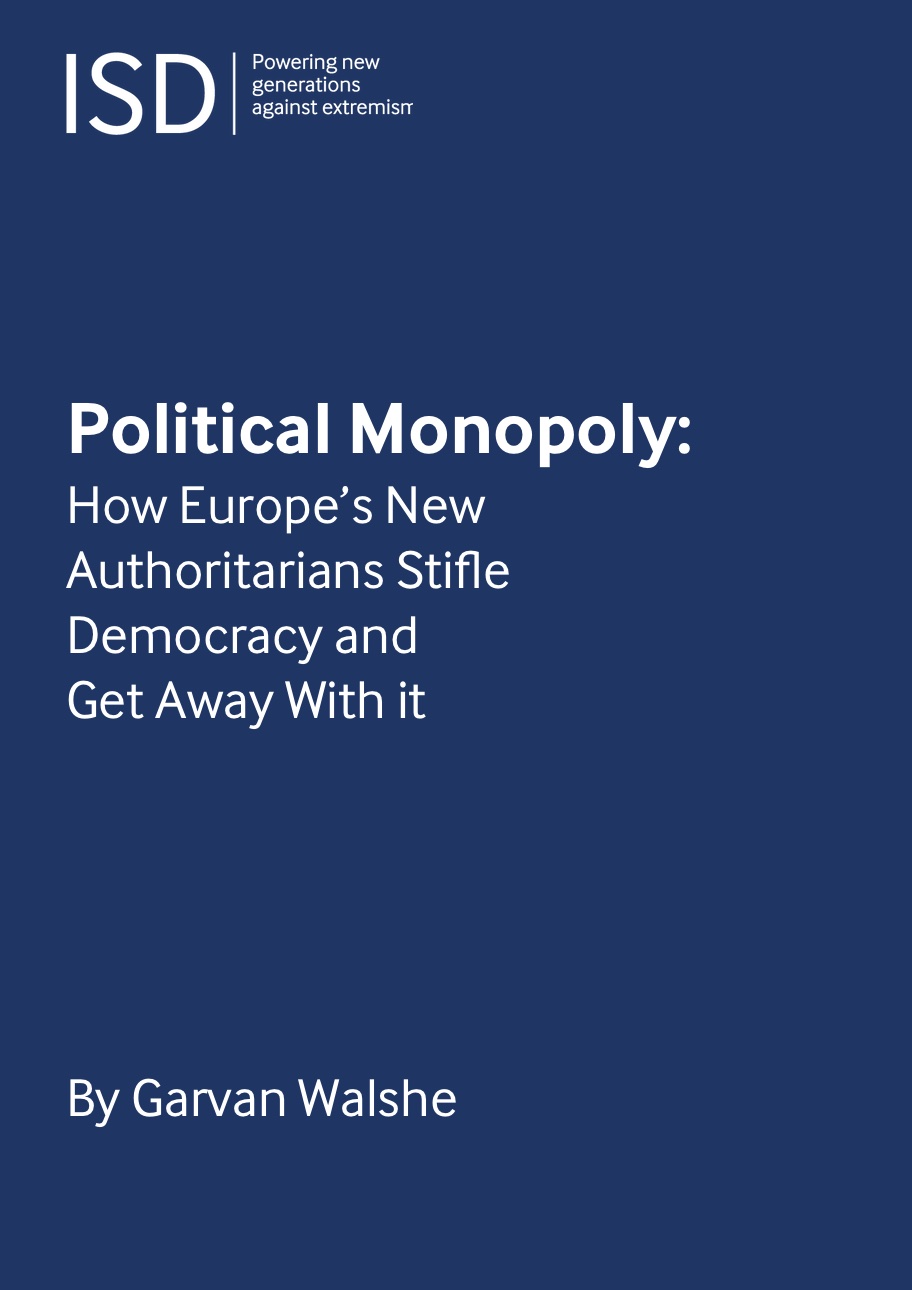 Europe’s new autocrats aren’t conventional authoritarians. They allow opposition to exist but tilt the playing field to keep it away from power. They act as “political monopolists” to stifle political competition and keep themselves in power.

Drawing on ISD’s research into the 2019 European elections, this report uncovers how authoritarian-minded elected leaders, such as Viktor Orbán in Hungary, Jaroslaw Kaczyński in Poland and Matteo Salvini in Italy sweep aside constitutional norms and restraints to consolidate power and weaken democratic checks and balances.

In this report, the author argues that they implement a strategy in eight steps, by seizing control of information, and then institutions. They troll to get attention and degrade public discourse, build their own media and propaganda machine, automate by exploiting bots and social media algorithms to dominate political discourse, capture private media with the help of sympathetic businesspeople. In power, they capture public media too, muzzle judges and independent government agencies, politicise the civil service, and manipulate elections themselves.

They do this in the service of an ideology of absolute majority rule that conceives of courts, independent central banks, public service broadcasting, and an impartial civil service as illegitimate obstacles that stand in the way of giving effect to the majority’s wishes. They see themselves as operating in a market for political power: “hired” by the people, to govern in their name, unless and until they’re fired at future elections.

But by removing institutional obstacles they rig that market in their own favour, like a monopolist in an economic market that uses its market power to crush rivals and eliminate competition. Customers suffer in economic monopolies. In political monopolies voters do. To restore political competition, this report proposes a framework for “political anti-trust” to rein Europe’s new authoritarians in.

About the author
Garvan Walshe was the lead political consultant on ISD’s Elections Analysis Unit for the 2019 European Elections. A political strategist focused on defending democracy and the rule of law, he will launch Article 7 News, a publication focused on the rule of law and democracy in Europe in September. He has been published in Foreign Policy, Die Welt and the Economist. He holds a PhD from the University of Manchester and was previously National and International Security Policy Adviser to the British Conservative Party.