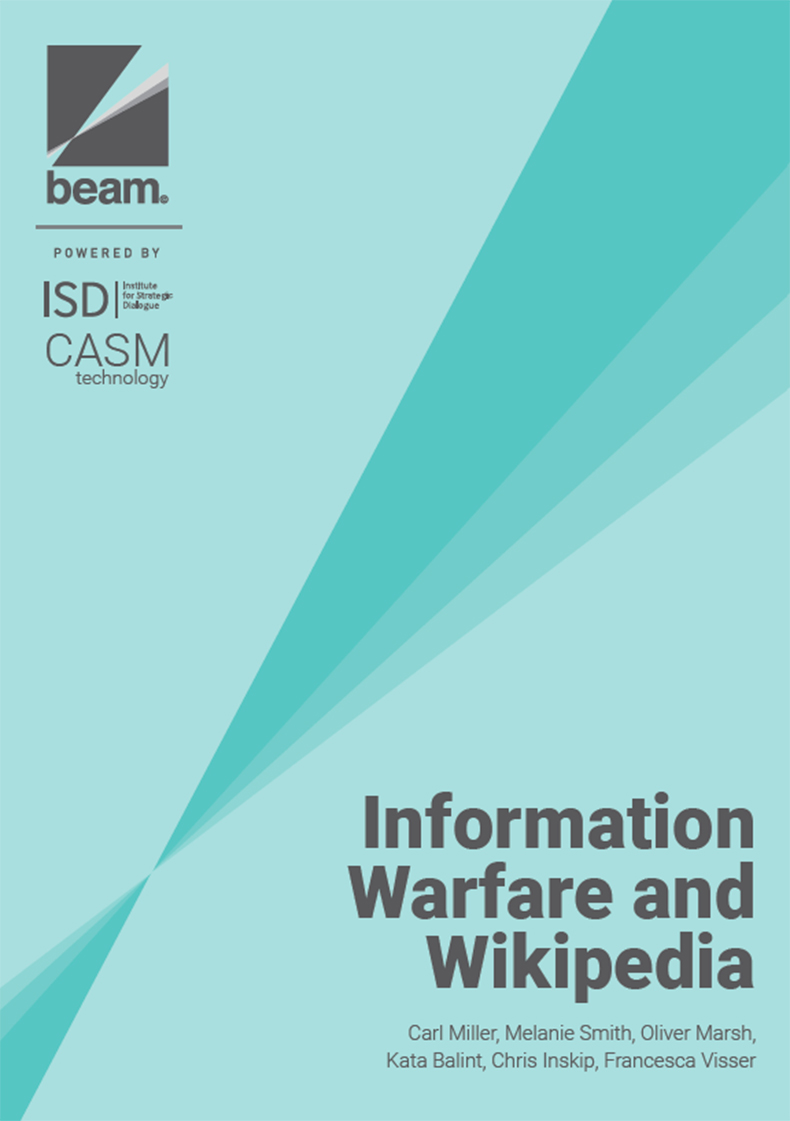 Joining air, sea, land, space and cyber, information is increasingly seen as a theatre of war. In this report, ISD and CASM Technology set out to examine the ways in which Wikipedia may be vulnerable to the forms of systematic manipulation that have been exposed on Facebook, Twitter, YouTube, Reddit and a number of other information spaces. The report combines a literature review on publicly available research and information around Wikipedia, expert interviews and a case study.

For the case study, the English-language Wikipedia page for the Russo-Ukrainian war was chosen, where accounts that edited the page and have subsequently been blocked from editing were examined. Their editing behaviour on other Wikipedia pages was mapped to understand the scale and overlap of contributions. This network mapping has seemed to identify a particular strategy used by bad actors of dividing edits on similar pages across a number of accounts in order to evade detection. Researchers then tested an approach of filtering edits by blocked editors based on whether they add references to state-media affiliated or sponsored sites, and found that a number of edits exhibited narratives consistent with Kremlin-sponsored information warfare. Based on this, researchers were able to identify a number of other Wikipedia pages where blocked editors introduced state-affiliated domains, which helps spotlight various regions of Wikipedia that might be investigated more closely.

ISD evaluates the actions taken by four major social platforms to protect their users from abortion care misinformation, while exploring the scale and reach of this content – particularly leading up to Roe v. Wade being overturned.