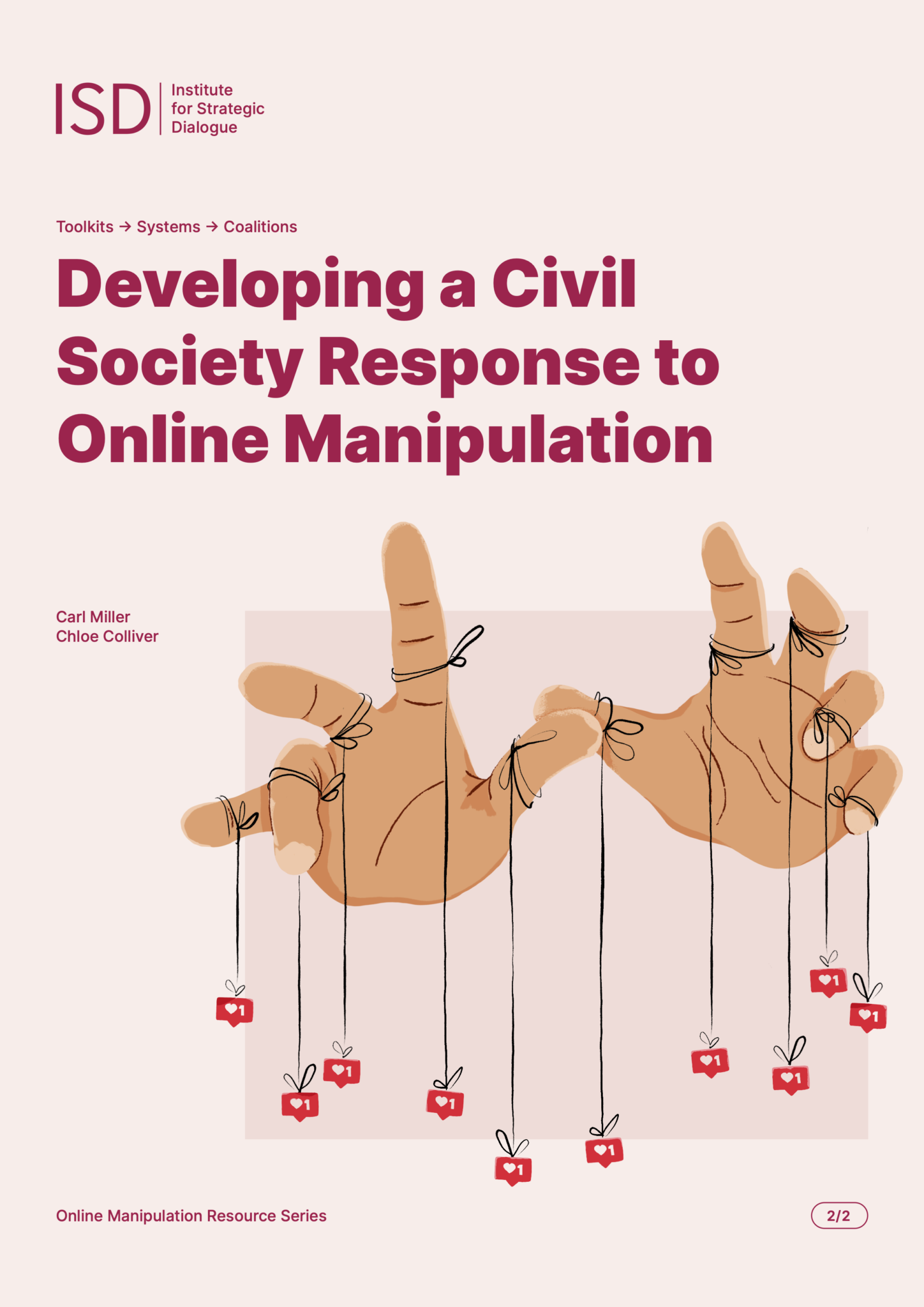 Research has gradually revealed the extent to which online manipulation has been weaponised to affect societies in almost every important way that society works: its politics and beliefs, its values and identities, the problems that society sees with itself, and the activism and mobilisations that thereby result as it tries to change itself. From the global reaches of geo-politics to the very local, from formal elections to struggles over culture, language and heritage, it has formed a kind of background hum to recent history.

Yet while almost everyone is touched in one way or another by online manipu­lation, only a tiny part of society has generally been involved in confronting it. It has largely been an invisible struggle: on the one side the practitioners of illicit campaigns, whose identities, interests and real agendas have mostly remained in the shadows; and on the other the defensive teams employed by the tech giants.

This document presents a vision for a pan-civil societal response to online manipulation. In part, it argues, this will come down to capability: building a pooled detection capacity to function as a transparent, public interest alter­native to those built by the tech giants. In part, it will require new organisational philosophies and forms of co-operation, and in part new approaches to funding and support. Overall, the vision tries to unite the sophistication and specialisa­tion that a scaled response can confer, with everything that makes civil society a crucial part of the solution: its diversity, capacity to connect with marginalised voices and communities, transparency and passionate support for the values, causes and issues that its members, supports and workers believe in and that online manipulation itself now threatens to undermine. Civil society is the only place where independent, cross-platform, comprehensive research on online manipulation can realistically take place in ways rooted by human experience and societal values. This document attempts to lay out what an ideal version of that work might look like.