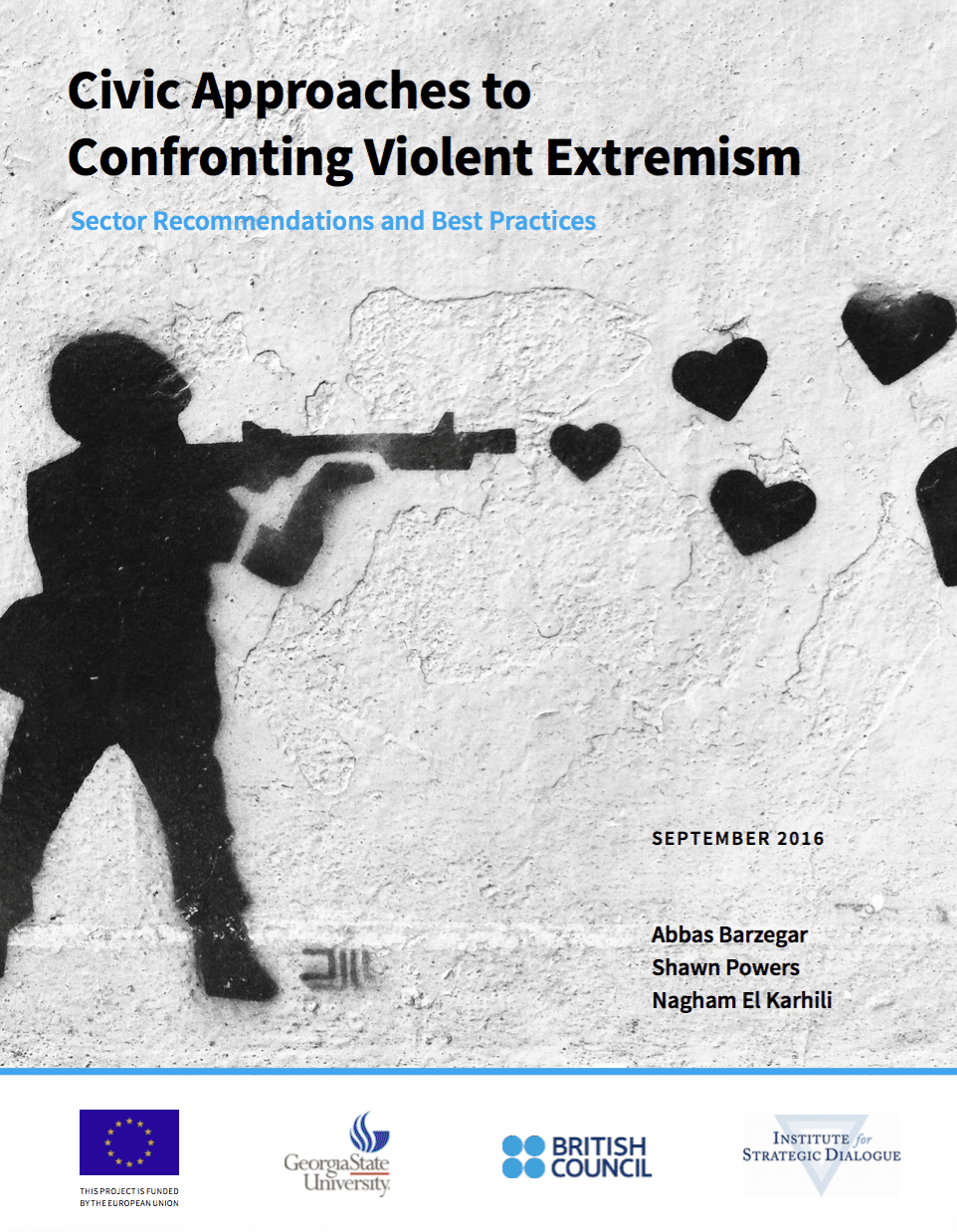 Bridging Transatlantic Voices is a civil society dialogue project funded by the European Commission’s Foreign Policy Instrument. The programme focuses on civil society efforts in countering violent extremism (CVE). Over three years (2015-2018), the British Council with partners from Georgia State University and the Institute for Strategic Dialogue will hold six workshops in six cities on this subject.

The project will also produce a total of three reports containing sector-wide, civil society and policy recommendations for the European Union and major CVE organisations and government entities to utilise in their efforts towards this widely popular issue of countering violent extremism. This first report was released in September 2016 and is authored by scholars at Georgia State University.

This toolkit has been designed by the Strong Cities Network (SCN), based on Kenya’s experience in developing County Action Plans (CAPs) on Preventing and Countering Violent Extremism, as a resource for governments and civil society organisations in East Africa who are interested in developing a Local Action Plan (LAP). LAPs seek to build a multisectoral approach to strengthening community resilience and addressing the root causes of violent extremism, polarisation and hate.

This report reviews the impact of the Online Courage Civic Initiative and Online Civic Fund in 2019, demonstrating how effective civil society actors can be when provided with the necessary resources and platform. Our overview shows the significant impact that civil society can have in countering hate online and offline, providing key learnings, inspiring similar initiatives and demonstrating the ways the civil sector can co-ordinate long term.