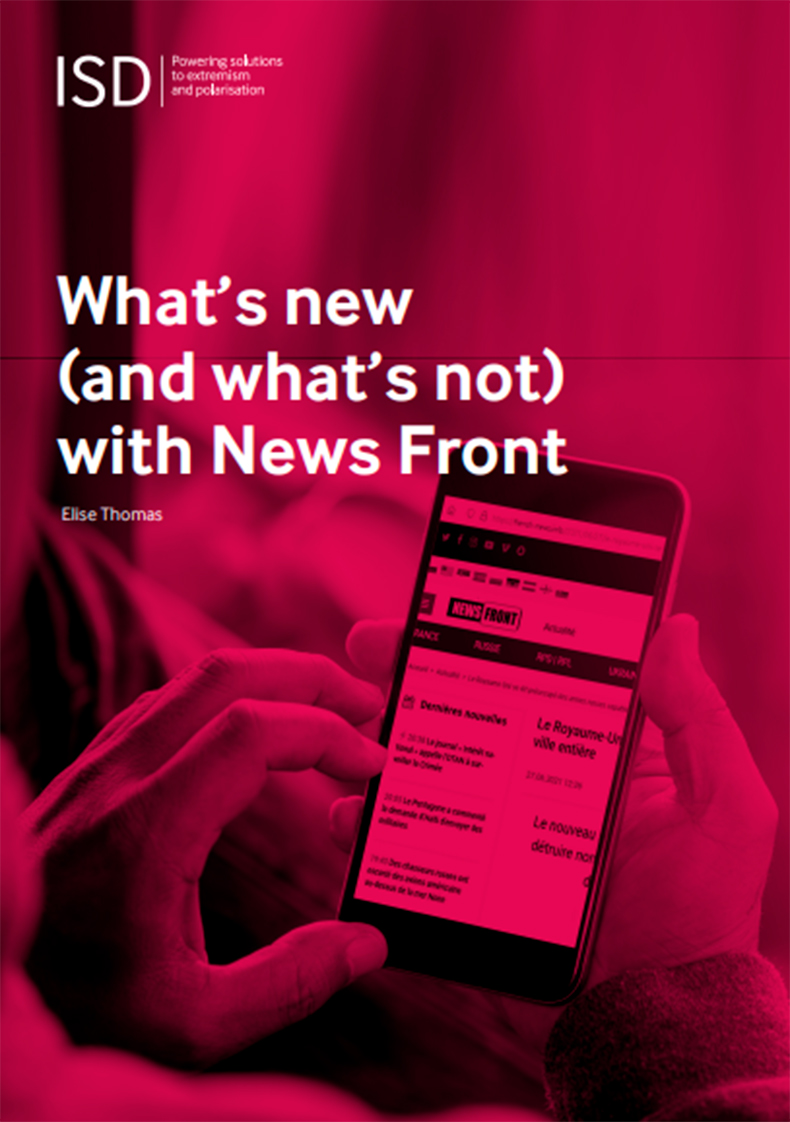 This investigation follows on from ISD’s previous report on News Front, a pro-Russian propaganda outlet which was banned from operating on Facebook in 2020, and in 2021 was sanctioned by the United States for its role in spreading disinformation.

In February, ISD found that News Front was still operating on Facebook via the use of mirror domains. Following publication of ISD’s investigation and other reporting, Facebook proceeded to take down News Front’s network on its platform.

This new investigation has found that News Front has once again been able to return to Facebook, using almost identical tactics to last time. This raises significant questions about how effective Facebook’s efforts are when it comes to enforcing bans on known bad actors.