The “New World Order” conspiracy posits that a global elite is trying to implement a single world government. Conspiracy theorists claim this is being achieved through manufactured crises, with the COVID-19 pandemic seen as one such man-made attempt to exert undue control over civilians.

The conspiracy theory existed long before the COVID-19 pandemic, however. Anti-Masonic, anti-Illuminati and other theories that similarly posited the existence of anelite, “shadow” establishment date back to the 1800s. The foundations of the “New World Order” conspiracy as it is known today date to the mid-1900s, amid a rise in anti-globalist sentiment across the US. For a timeline of the phrase in recent American history, see here.

How does it differ from the Illuminati?

Conspiracies about the Illuminati date back to the 18th century – when an organization of that name existed. The Illuminate, or “Order of Illuminists” were a secular organization from Bavaria whose aim was to free the world from religious and political authority. The conspiracy theory has, however, exaggerated the group’s power. The group itself was dissolved in 1787 – its legacy and prominence in contemporary conspiratorial circles and in pop culture is largely due to conspiracy theorists who refuse to believe the group no longer exists. The ‘New World Order’, on the other hand refers to the end goal of various shadowy elites.

The theory has gained notable traction amongst right-wing extremist and militia movements. Most notably, it is often integrated with antisemitic tropes that claim Jewish elite, particularly banking families like the Rothschilds, are behind global crises and conflicts. In fact, some groups and movements conflate these narratives entirely by referring to the ‘New World Order’ as the ‘Jew World Order’, or ‘JWO’ for short.

Militias refer to the ‘New World Order’ particularly in the context of their anti-state narratives. They claim, for example, that increased restrictions around gun ownership is proof that the US federal government is collaborating with this shadowy elite in order to slowly restrict the rights and individual freedoms of American citizens, particularly as this pertains to the second amendment.

Conspiracies about the ‘New World Order’ often incorporate antisemitic narratives, drawing on long- established tropes and claims that Jewish people control major financial and media institutions around the world. Hateful sites like the Jew World Order and Real Jew News are dedicated specifically to distributing antisemitic narratives that claim Jewish people control America and that they have infiltrated everyr domain of life, ranging from churches and mosques to banking institutions and governments. Broader right-wing extremist sites like Renegade Tribune are also riddled with such claims, speaking to the wide application of ‘New World Order’ conspiracy theories to further antisemitism and vice versa. Holocaust denial is also prevalent on many outlets promoting ‘New World Order’ conspiracies, with claims that the Holocaust is one of many crises that Jewish people manufactured. Other major events that are claimed to be manufactured by Jewish people include:

Antisemitic ‘New World Order’ conspiracy theories often use language around “elites” (e.g. “Jewish elite”or “elite Jews”) to reinforce this narrative of Jewish people controlling global agendas, with such theories overwhelmingly targeting high-profile Jewish people, such as George Soros and the Rothschild family. Conspiracists may also refer to “the Protocols of the Learned Elders of Zion”, a text claiming to contain the minutes of meetings between Jewish leaders in the late 19th century, in which these leaders allegedly set out their plans for Jewish world domination. The text has been thoroughly and repeatedly discredited as a fabrication and a forgery, but is still referred to amongst antisemitic ‘New World Order’ conspiracye theorists as “proof” of Jewish plans for taking over the world.

Implementation of the New World Order

So how do conspiracists believe this shadowy cabal is implementing the ‘New World Order’? While there is no definitive set of claims, believers of the conspiracy generally point to a mix of the following: 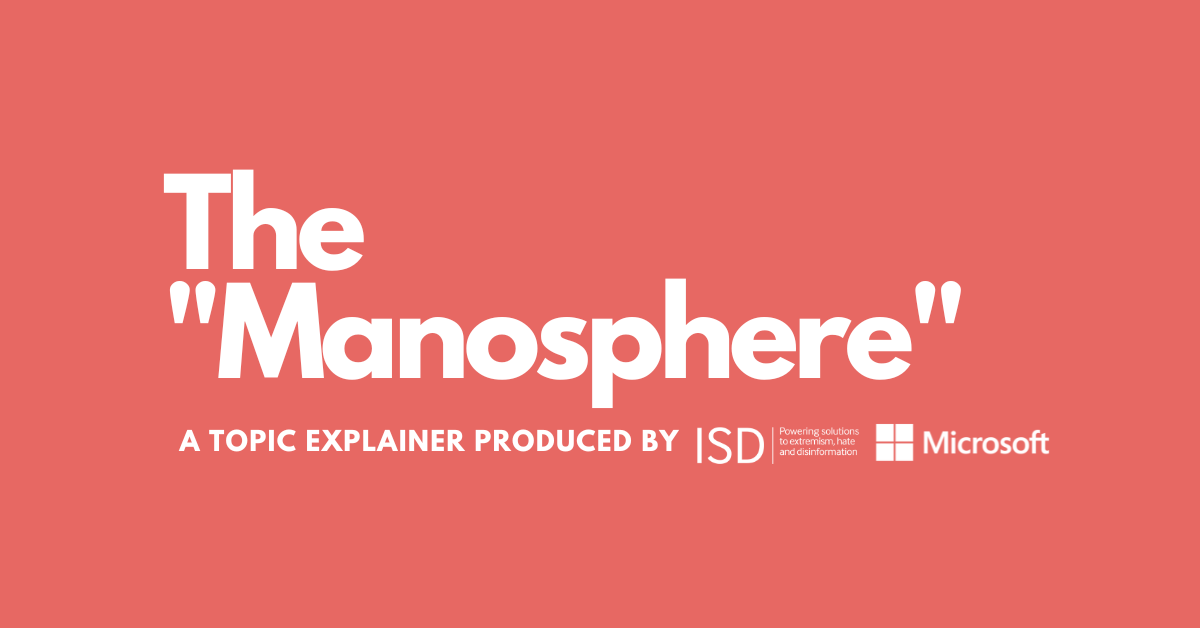 The “manosphere” is an umbrella term that refers to a number of interconnected misogynistic communities. This ISD Explainer explores the more extreme and divisive proponents of these online communities. 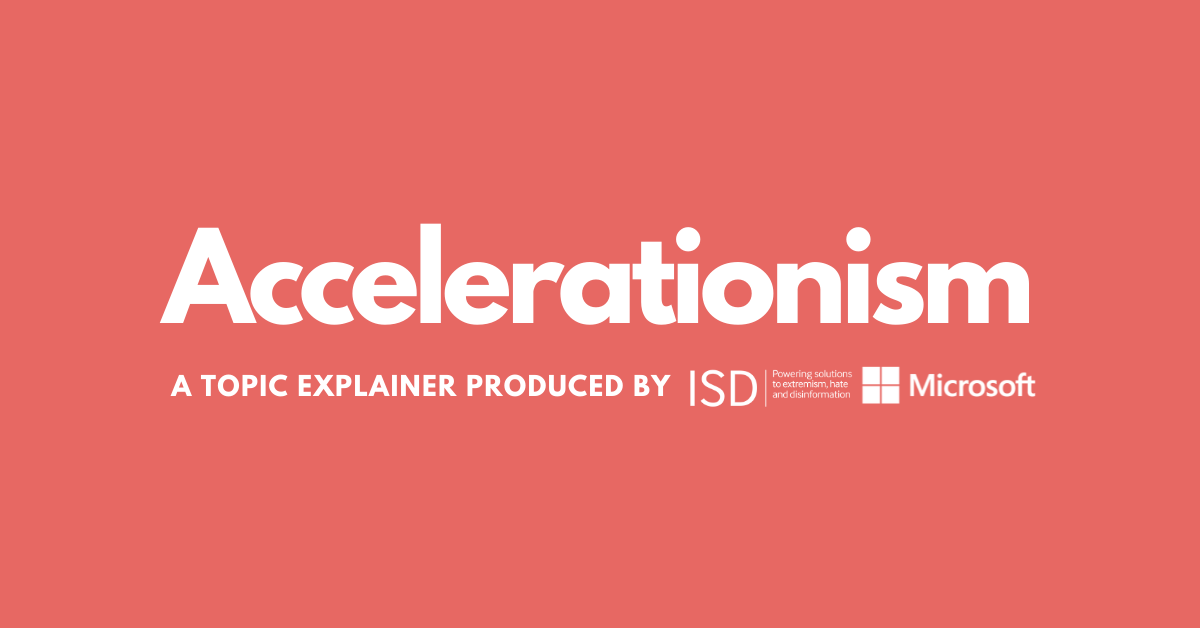 Accelerationism is an ideology focussed on the need for societal collapse to preserve the white race against threats like multiculturalism and immigration. The term is used by extremist and white supremacist groups. 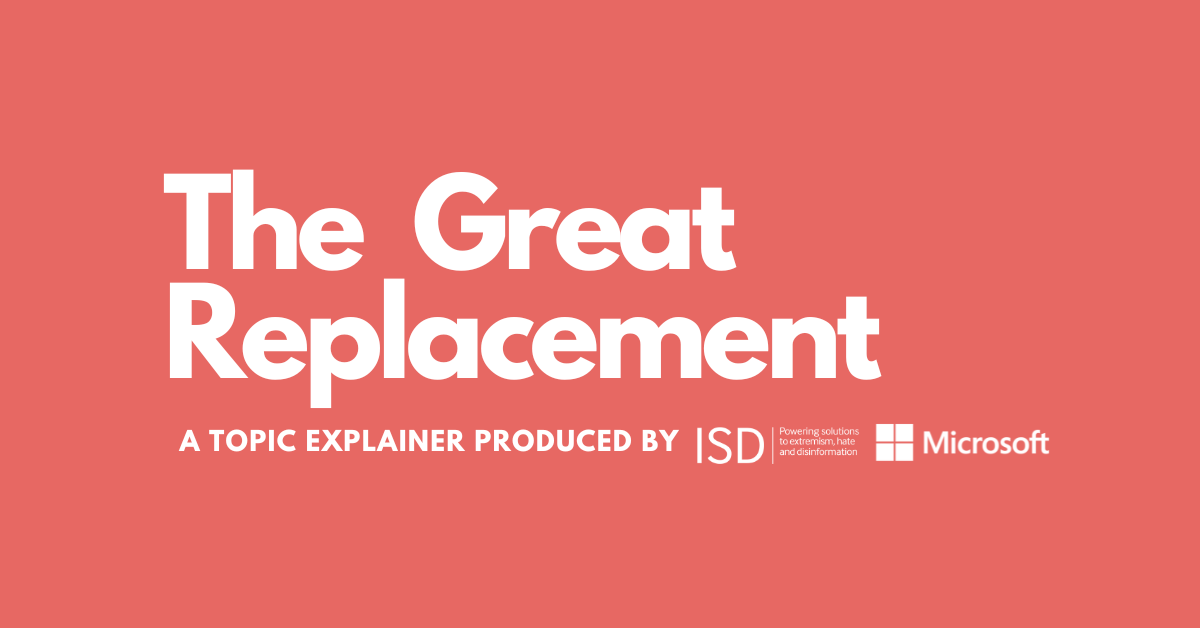 The Great Replacement conspiracy theory claims that Western and majority white countries are under threat from immigration and birth rates. It has inspired multiple terror attacks including the 2019 Christchurch mosque shootings.