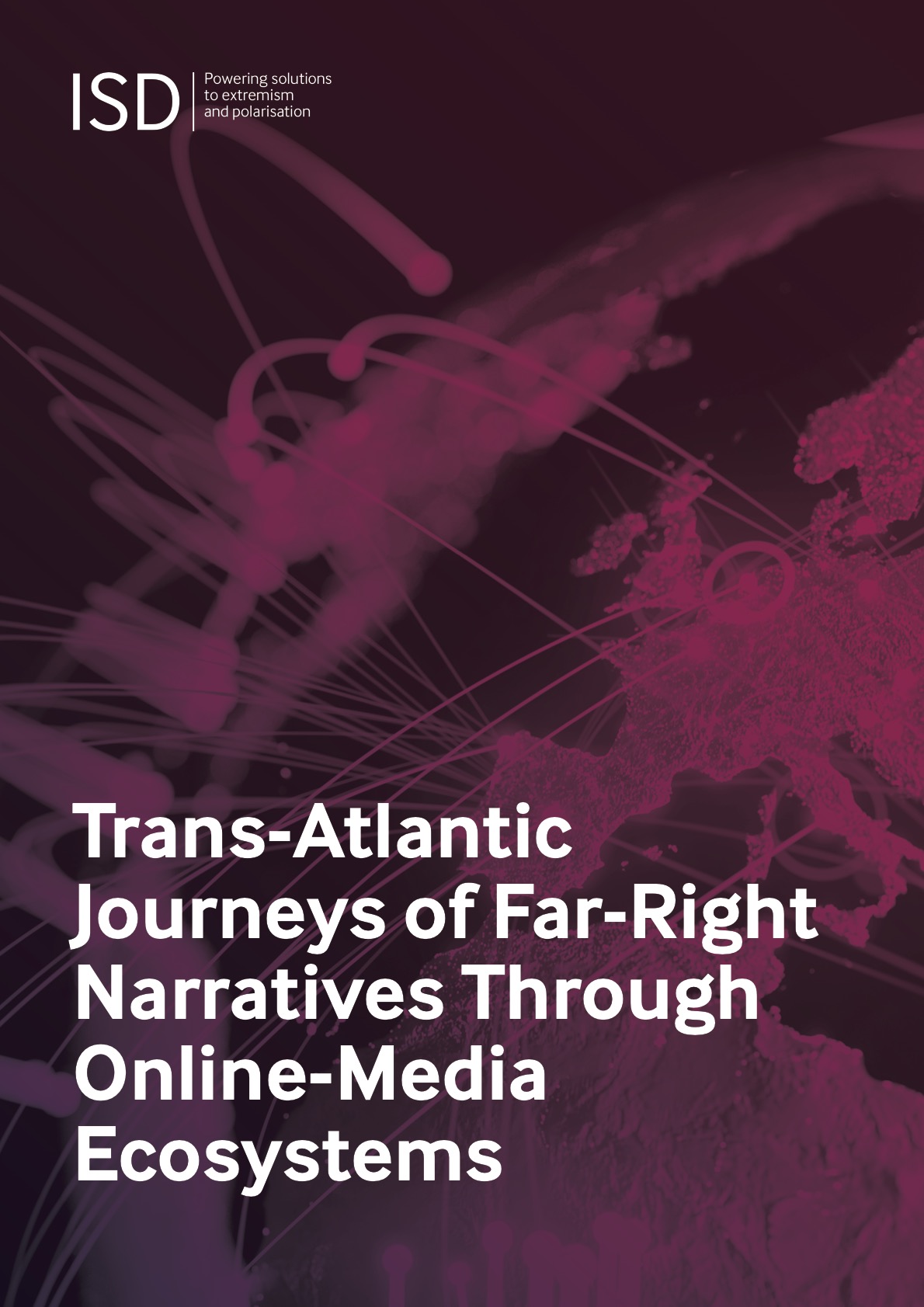 This research briefing explores if and how far-right narratives from the United States (US), France and Germany gain traction in domestic mainstream media, or move across borders between the US on the one hand, and France and Germany on the other. It tests what will be referred to as the mainstreaming hypothesis (far-right ideas start out in far-right alternative media but eventually move to the mainstream) and the transnationalisation hypothesis (far-right ideas spread between national media ecosystems).

The briefing uses the Topic Mapper function of Media Cloud to study the hyperlink networks between three mainstream national and far-right online media ecosystems (USA, France, Germany) while focusing on ten different narratives pushed by far-right extremists in these countries, with five of them originating in the US and five from France and Germany. The research offers some evidence to support the hypopthesis that ideas may be reaching the mainstream through such interactions, but limited support for the hypothesis that far-right media frequently hyperlink to international far-right outlets.