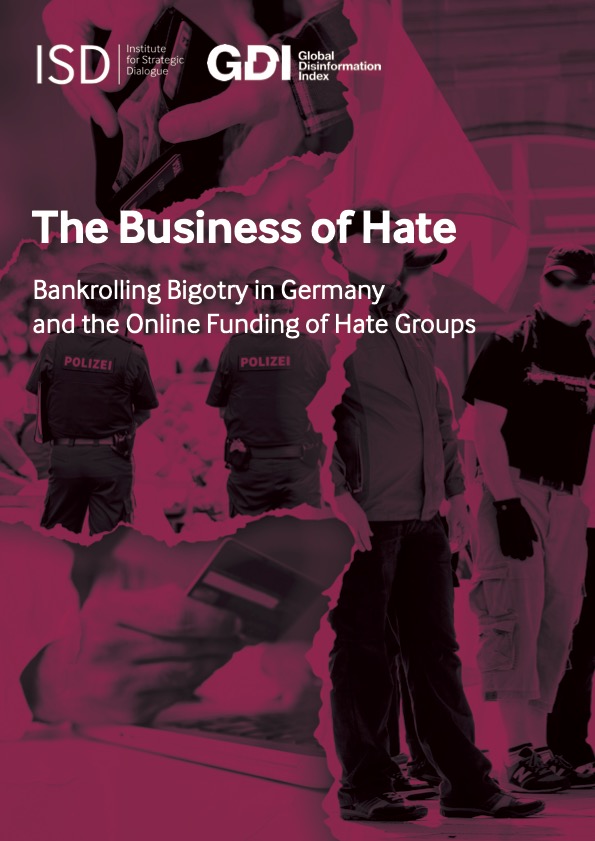 The Global Disinformation Index (GDI) and Institute for Strategic Dialogue (ISD) have published a new study which shows how 17 known German far right groups and actors allegedly use 20 different online funding services to fund their activities.

All 20 of these different services were found on the websites of these far right groups and actors. More than half of these online funding services have Terms of Service (ToS) that should prohibit their use by such sites.

In total, the study identified 79 instances where these different online funding channels were being used by these far right  groups and actors. They all are under observation by Germany’s domestic intelligence body, or have material links to these groups. The groups include the NPD party, the magazine Compact, and the Identitarian movement (“Identitäre Bewegung Deutschland”), as well as influencers, like Attila Hildmann.

Key findings from the research include:

The study puts a spotlight on how these online funding channels allegedly provide a financial lifeline to well-known German extremist groups and actors, many of which have escalated their activities ahead of the country’s federal elections on 26 September 2021.