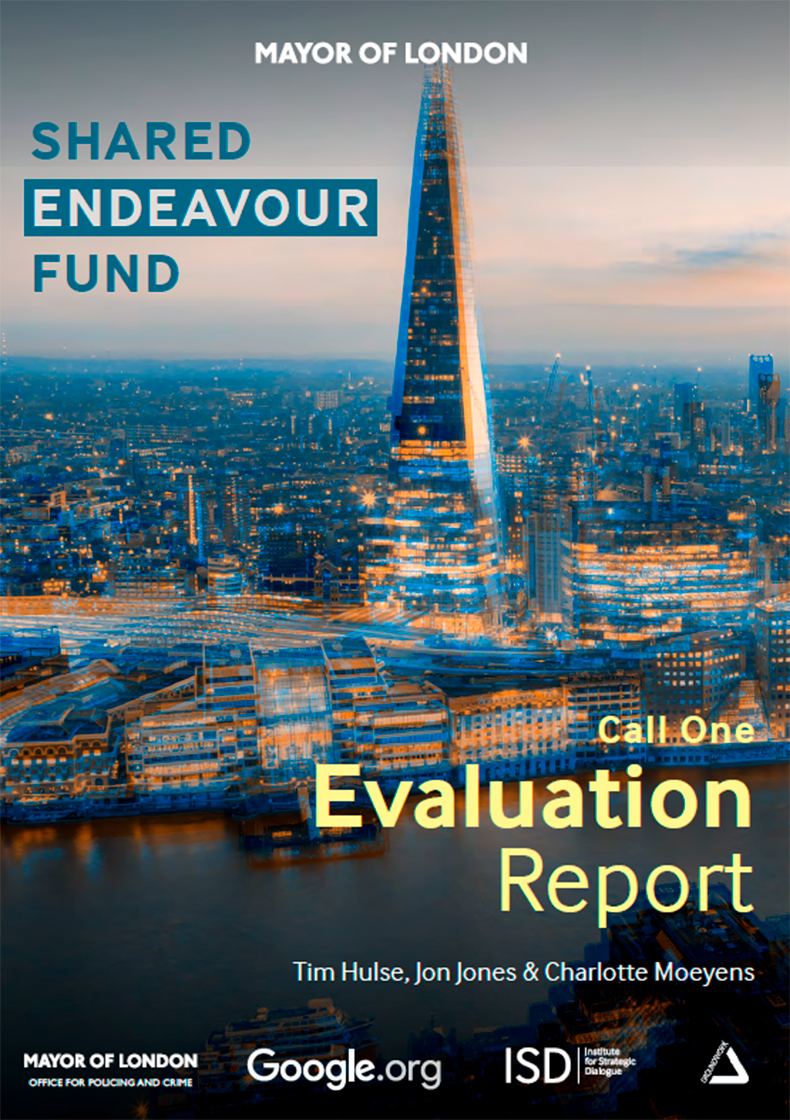 The Shared Endeavour Fund is a civil society funding scheme that supports initiatives designed to build Londoners’ resilience to radicalisation and extremist recruitment, as well as reduce intolerance, hate and extremism in the capital.

Launched in 2020, the first round of the Fund awarded £800,000 to 31 civil society and community-based organisations that addressed a range of recognised harms related to hate and extremism, including racism, antisemitism, anti-Muslim hate, mis- and disinformation, and polarisation and radicalisation. The Strong Cities Network (SCN) served as the evaluator for the Shared Endeavour Fund, assessing the fidelity of supported projects, their alignment with the scheme’s strategic objectives and their performance. The evaluation found that the scheme directly reached over 28,000 Londoners and indirectly benefited a further 1,300,000. It was successful in building Londoners’ resilience to intolerance, hate and extremism, particularly concerning their tolerance for others, their sense of civic engagement and their support for democracy and rule of law.

Comprehensive resources for educating and training practitioners in countering terrorism and violent extremism, produced in collaboration with the McCain Institute.