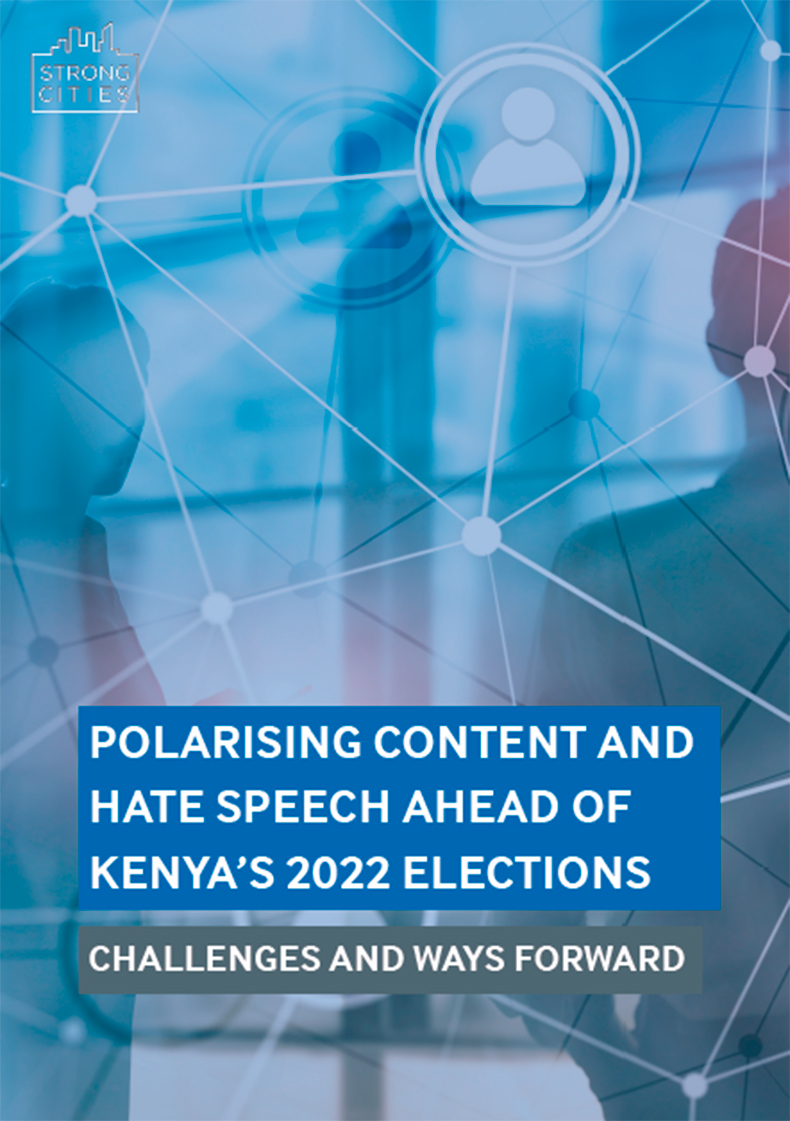 The scourge of Kenyan identity politics exploded with the introduction of multi-party elections in 1992. Since then, political mobilisation of ethnic tensions has led to mass-scale violence. Inter-ethnic clashes during the 2007 general elections alone resulted in over 1,300 deaths, 650,000 displaced people, and more than 117,000 destroyed properties. Similar violence surrounded the elections of 2013, resulting in 430 fatalities, while the 2017 presidential election was marred by serious human rights violations including extra-judicial killings and beatings by police during protests. Also prevalent across these three election periods was gender-based violence and sexist abuse, both against members of the public and against female political candidates.

Election violence does not exist in a vacuum. Offline activity is matched by a plague of online vitriol driving polarisation and violence. ISD’s analysis of the 2017 general elections, for instance, found a significant amount of tribalism and inter-ethnic hate online and uncovered several social media channels that legitimised violence between ethnic groups. With the majority of international interest in Kenya’s online environment focusing on Islamist extremist content, there is a risk that ethnic or gender-based hate that dehumanises others, legitimises violence and ultimately develops an environment ripe for terrorist exploitation is ignored.

With Kenya’s next general elections coming up in 2022, national and local governments and civil society organisations (CSOs) have begun efforts to prevent a repetition of past election violence. To do so, they must operate with an informed and evidence-based understanding of how debate and discussion surrounding elections manifest. With social media, particularly Facebook, becoming the predominant channel through which elections are discussed in Kenya, policies and programmes need to understand the nature, scope and scale of harmful content online. Local authorities and civil society groups in particular need a clear picture of the discourses playing out online as they try to prevent an epidemic of election violence and to anticipate community-level flashpoints.

In this context, SCN mapped and analysed hateful content online in Kenya between 15 May 2019 and 15 May 2020. Among others, SCN’s research found that discourse surrounding the upcoming elections is already fraught with hate-based narratives and stereotyping along ethnic or tribal lines, while the COVID-19 pandemic has exacerbated inter-religious intolerance. Responses to online hate speech have yet to match the scale and scope of the harmful narratives being presented online, some of which can be found in public fora with millions of subscribers, thus risking the normalisation and mainstreaming of hate. With the elections drawing ever closer, the urgency to deploy new and scale existing prevention initiatives cannot be understated.

This paper serves as a starting point for gaining insight into the narratives being deployed online by presenting key findings from SCN’s research into the digital landscape of hate and polarisation in Kenya. This paper also proposes recommendations both tailored to the Kenyan context and informed by international good practice for countering hate online.