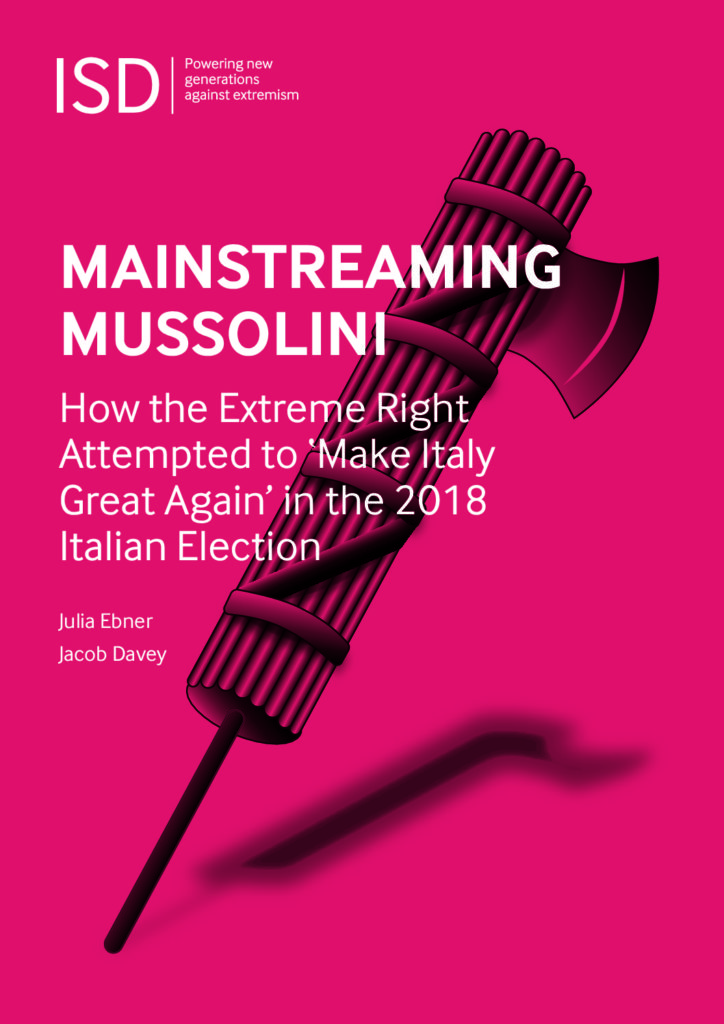 This briefing paper documents attempts by Italian extreme-right activists to influence the recent Italian elections in their favour. It highlights how these activists are adopting an increasingly international perspective, influencing and being influenced by the international alt-right, and adopting tactics similar to those deployed in recent European elections, including the German election.

The research is based on a combination of social media analysis and six weeks of research inside over a dozen Italian extreme-right encrypted chats and channels on Telegram and Whatsapp. These included neo-fascist and white nationalist Italian language groups such as ’/mas/’, ‘L’eco sansepolcrista’,  Sinistra Nazionale’, ‘La Voce del 1919’, ‘Onda Italico’, ‘Fvtvrismo’, ‘Biblioteca Apocrifa’, ‘Magazzino  nfografico’, ‘Noi, fascisti’, ‘Casapound Italia Basilicata’ as well as multi-language channels such as ‘Defend Europa News’ and ‘Il Quadrato – Per l’internazionale Rivoluzione Fascismo’.

The Long Tail of Influence Operations: A Case Study on News Front

This case study examines two websites and two blogging accounts which appear to be linked to News Front, a Crimean-based news organisation previously accused of being a source of pro-Kremlin disinformation and influence operations. While the impact of the site’s activity is low, the case study provides a glimpse into the inner workings of the broader disinformation ecosystem and sheds light on the long tail of state-linked online assets.