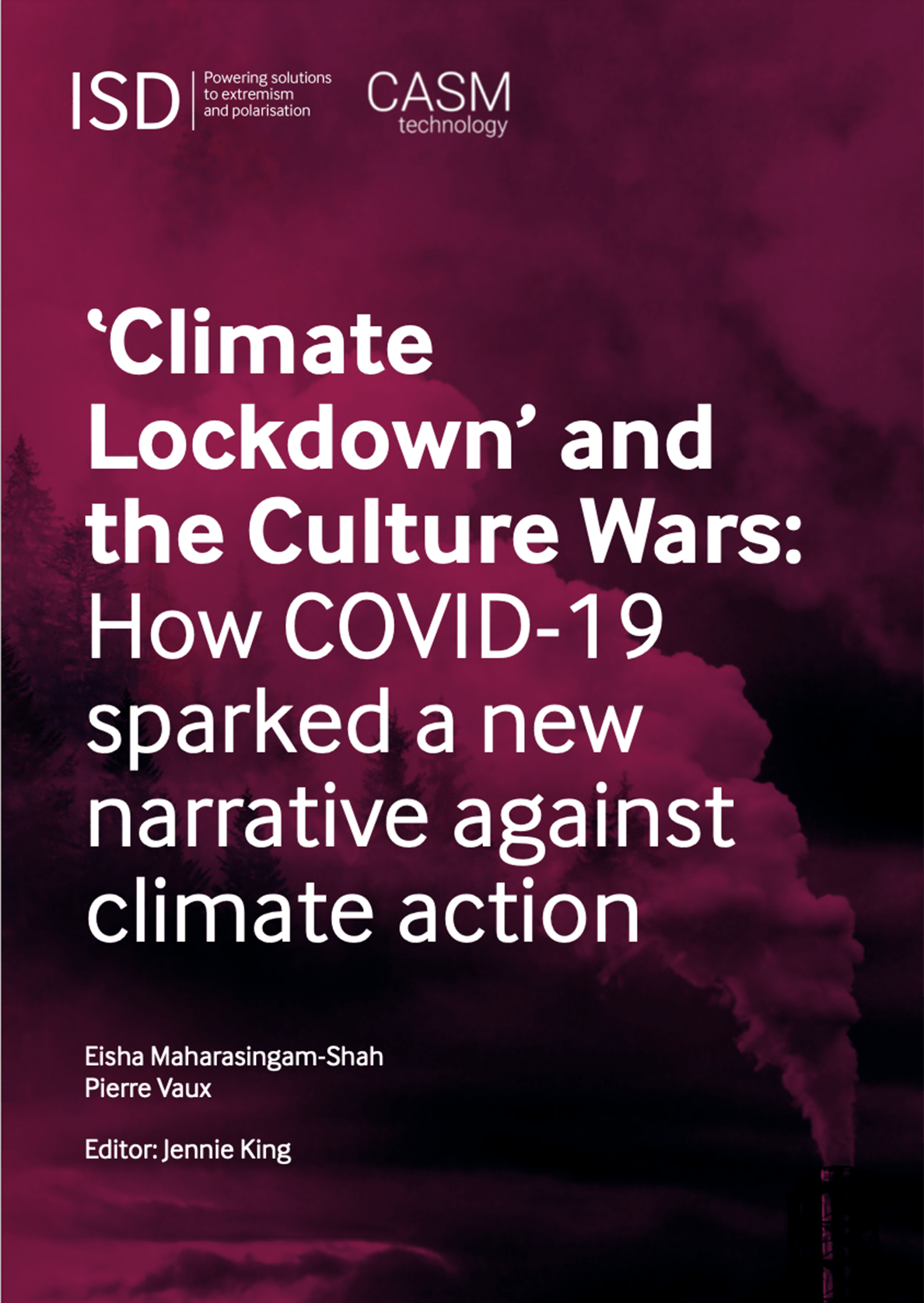 In September 2020, ISD analysts identified an emerging trend on social media relating to the term ‘climate lockdown’. This spike in volume seemed to be driven primarily by climate sceptics, who claimed that the COVID-19 pandemic was merely a precursor to future ‘green tyranny’, and that both governments and global elites would curtail civil liberties under the pretext of climate change. Over the following eight months, analysts conducted a detailed study of the emergence and mainstreaming of this phrase across Twitter, Facebook and YouTube.

This report details the chronological growth and evolution of the ‘climate lockdown’ conspiracy narrative. The report is divided into two sections: the first outlines how the narrative emerged and was repurposed by malign actors, making its way onto different social media platforms. The second illustrates how liberal media missteps in early 2021 reignited the narrative, causing it to merge with other, pre-existing conspiracies and ultimately become centred in wider anti-elite discourse.