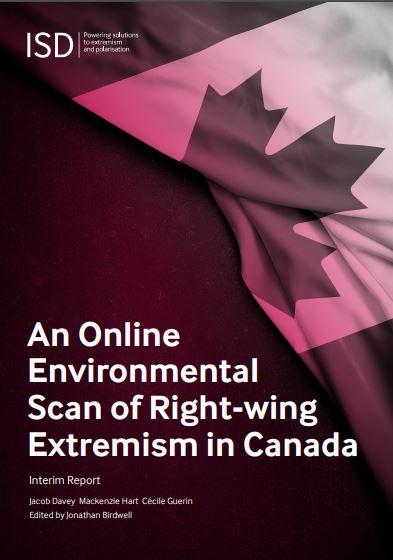 In January 2020 former Canadian Armed Forces reservist Patrik Mathews was arrested with two other men. The trio were suspected members of The Base – a violent neo-Nazi organisation – and had allegedly been planning an attack at a gun rights rally in Richmond Virginia with the aim of causing chaos and accelerating the initiation of a civil war. This arrest was part of a global pattern – acts of terrorism committed by the far-right have increased by 320% over the past five years, supported by an increasingly connected and internationalist community of right-wing extremism. Canada has not been isolated from this trend and in recent years the number of hate groups operating in the country has tripled. Central to this increase in activity is the use of social media. It provides avenues for a broad spectrum of right-wing extremists to mobilise by recruiting new members, broadcasting disinformation and propaganda, harassing opponents, and co-ordinating activity including publicity stunts, protests and acts of violence. Social media used includes popular platforms like Facebook, YouTube and Twitter, and a constellation of fringe forums including ultra-libertarian platforms with lax content moderation policies such as Gab, and specially created extremist hubs like Iron March and Fascist Forge. This report represents the interim findings of a two-year study designed to increase understanding of the social media footprint of right-wing extremism (RWE) in Canada. This work is part of a larger project designed to understand RWE in Canada led by Ontario Tech University (OTU), in partnership with Michigan State University and the University of New Brunswick. This team are currently working on a similar project designed to map offline RWE in Canada. The project follows a similar study delivered in 2015, enabling researchers and policymakers to understand how RWE has changed in the past five years. To date, our researchers have assessed the scale of Canadian right-wing extremist activity across Facebook, Twitter, YouTube, 4chan, Gab, Fascist Forge and Iron March. Over the next year we will analyse extremism on these platforms in more detail, and incorporate additional digital forums into our study. This represents one of the most comprehensive efforts to date to assess the scale of right-wing extremist activity online in Canada.

This report highlights how extremists in the U.S. have capitalised on the COVID-19 pandemic to engage in violent attacks, produce and promote conspiracies and disinformation and intimidate those whose professions relate to managing or reporting on the coronavirus.