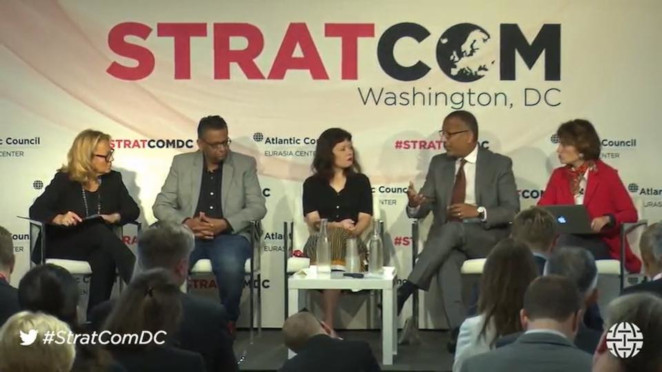 State and non-state actors’ interference in the US and European elections, as well as use of social media platforms to spread false narratives and manipulate the political discourse, have jolted US and European policy-makers into action. Yet, while Western democracies are slowly crafting their response, disinformation campaigns threaten to distort elections worldwide.

In response to this growing threat, the Atlantic Council hosted StratCom in Washington, DC, to bring together key stakeholders, researchers, government officials, and civil society to disseminate best practices among the global community.

The event addressed the tools and methods used by both state and non-state actors to spread disinformation, target elections, and new technologies aimed at destabilising democracies worldwide.

You can watch the panel discussion in full here.

StratCom featured additional discussions on: Interference in European Elections: Responses and Lessons; Dark Forces: Exposing the Kremlin’s Influence Operations; and Click Bait!: Algorithms, Radicalization, and the Fight for Our Attention.