By Lukasz Janulewicz and Kata Balint

A growing global network of ultra-conservative organisations is intensifying its activities across Europe, with a specific focus on Central and Eastern Europe (CEE). By working to undermine the fundamental rights of sexual minorities and women, and attacking activists defending these rights, the activities of the network are driving polarisation in countries where sexual and reproductive rights are already a contested issue.

This is the first piece in a Digital Dispatches series on this network. It outlines the global web of organisations that comprise the network, and provides the framework against which future country specific analyses of Hungary and Poland are set.

In Central and Eastern Europe, issues surrounding sexual and reproductive rights are gaining renewed urgency. As Hungary prepares for crucial parliamentary elections in April 2022, the Orbán government has cracked down on LGBTQ+ and women’s rights, enacting legislation to restrict these under the banner of child safety and family values. Over the past two years, significant policy changes have been adopted to limit the rights of the LGBTQ+ community in particular. There are indications that Orbán’s Fidesz party is likely to campaign on these issues in the upcoming elections, which will likely result in further suppression of women’s and LGBTQ+ rights. This official messaging is reiterated by certain seemingly independent NGOs that provide the veneer of grassroots legitimacy for the government’s positions, but who have direct or indirect ties to those in power.

In Poland, legislation was enacted in January which further curbed access to abortion, tightening an already highly restrictive environment for sexual and reproductive health and rights and leading to tragic consequences. A month later, the declaration of “LGBTQ+ free zones” by nearly 100 local and regional Polish authorities contributed to a stigmatisation of the LGBTQ+ community. At the forefront of Poland’s tightening of abortion laws is the legal think tank Ordo Iuris, and the influence of its legal opinions on sexual and reproductive rights in the country have been on stark display recently. The organisation is also part of a wider coalition pushing back against the findings of the European Parliament’s Matíc report, which looks at the situation of sexual and reproductive health rights  in the EU, as well as continuing their efforts against the Istanbul Convention. Concerningly, Ordo Iuris has now created a university with substantial regional ties and global connections, which will enable it to spearhead its campaign against sexual and reproductive health rights further afield in Europe.

The efforts to restrict the rights of sexual minorities and women in Hungary and Poland are not taking place in a vacuum. Rather, they are part of an expansive global network of ultra-conservative organisations which span Catholic, Protestant and and Orthodox traditions. The overall network is too large to be covered in this summary. Instead, the following section zooms in on the most prominent and influential actors in the network so as to highlight its global scope, and to outline the actors cooperating with the Hungarian and Polish organisations discussed in our upcoming country analyses. Such cooperation has taken the form of joint conferences involving conservative politicians from across the globe, and in joint policy initiatives like those against the Istanbul Convention or the Matic Report. This background research draws from numerous existing studies.

The network: who are the key actors?

Historically, the Tradition, Family and Property (TFP) movement has played a key role in the global network working against sexual and reproductive health rights. Founded in Brazil in 1960, the TFP is a traditionalist Catholic movement that branched out to the United States in the 1980s through influential connections to the Republican Party. While itself not actively at the forefront of the network’s current activities in Europe, several prominent European organisations that campaign against sexual and reproductive health rights, such as CitizenGO and Agenda Europe, are closely linked to and have adopted strategies pioneered by TFP.  Others, such as Ordo Iuris in Poland, have come into existence as national TFP affiliates.

CitizenGO (formerly HazteOir) is a prominent ultra-Catholic organisation from Spain. Its primary mode of operation is through the use of online petitions, which call for restrictions against sexual and reproductice health rights. Their offline operations have included attention-grabbing stunts such as the “bus of freedom”, which toured around Spain with the slogan “boys have penises, girls have vulvas, don’t be fooled” painted across it. CitizenGO claims to be active in 50 countries worldwide and promotes its campaigns in 12 languages.

Agenda Europe (AE) is a professional advocacy network inspired by the Vatican. It plays a key role organising activities in Europe against sexual and reproductive rights for women and sexual minorities. It is now composed of more than 100 individual organisations in over 30 countries. Since 2013, AE has launched over 15 major policy initiatives to restrict divorce, access to contraception and abortion, and LGBTQ+ rights.

The World Congress of Families (WCF) is another key actor in the network, and represents two strands of ultra-conservatism: Evangelical Protestantism and Russian orthodoxy. It was originally set up by the International Organization for the Family (formerly known as the Howard Center for the Family, Religion and Society), which continues to coordinate WCF activities. Despite the WCF’s American anchoring, Russian Orthodoxy plays a prominent role behind the scenes as Konstantin Malofeyev, a well-connected and politically active Russian oligarch with a prominent role in Russian anti-LBGT campaigns, is suspected of steering the organisation despite the nominal leadership of the American Brian Brown. The WCF organises global and regional conferences which bring together ultra-conservative organisations and conservative politicians from around 80 countries worldwide. These conferences promote the networks’ global campaigns – which seek to undermine women’s and LGBTQ+ rights under the banner of family values – at regional and national levels.

The relationship between these organisations is closely interlinked, and has been so since at least 2012. That year, the WCF Congress in Madrid was hosted by HazteOir. Now, Malofeyev’s ally and WCF representative Alexey Komov sits on the board of CitizenGO, while its leader, Ignacio Arsuaga has taken up the role of director at the Howard Center. WCF President Brian Brown sits on the board of Trustees of CitizenGO, as does the prominent Italian anti-sexual and reproductive health rights activist and former politician Luca Volonte. Beyond Central and Eastern Europe, this network has been aggressively promoting its agendas in Sub-Saharan Africa. One example of this was the controversial role of WCF affiliates in campaigning for more severe punishment of homosexuality in Uganda, and opposing international efforts to promote decriminalisation on the continent.

In addition to these core actors, a number of other organisations are worthy of mention as they cooperate closely with those in the CEE region:

Alliance Defending Freedom (ADF), an anti-LGBTQ+ hate group, ADF is one of the most active US Christian Right organisations involved in anti-gender activism in Europe, with three offices and millions of dollars spent in the European Union.

The Center for Family and Human Rights (C-FAM), an anti-abortion lobbying group which grew increasingly influential within the UN and whose president once asserted that “the hard-left, human-hating people that run modern universities should be taken out and shot.”

The Family Watch International, who carry out lobbying within the UN to curb LGBTQ+ and abortion rights. Its founder, Sharon Slater has previously falsely stated that homosexuality is a mental disorder and that conversion therapy can be effective in eliminating same-sex attraction.

The National Organization for Marriage, whose main aim is to oppose state legislation allowing same-sex marriage in the Unites States. The organisation was co-founded and has been headed by WCF leader Brian Brown since 2011.

Against the global framework presented here, our investigations were centred in Central and Eastern Europe. In upcoming articles, we will present the national specifics of the network in Hungary and Poland, and discuss its impact on the ground. Notably, we highlight the organisations, individuals and events connected to the global network, as well as its ties to far-right politicians and demonstrate that this ostensibly ‘family values’-centred network is providing a platform for cooperation between national-conservative and far-right parties in Europe. And while the potential unification of European far-right parties into a joint group in the European Parliament failed to materialise earlier this month, their cooperation thrives in other areas, particularly the network mapped here.

Our investigation was the result of a collaborative effort across the CEE region and included wider European and transatlantic ties, using open source intelligence methods. Collecting and analysing publicly available information on the various entities, we primarily made use of media sources, social media data and public records on companies and charities. Multiple sources were used to verify the results, where available, and all findings went through internal ethical and data privacy review processes. To collate and visualise the results of individual investigations we used Hume, a software designed to conduct collaborative analyses based on a joint data set. This enabled us to draw on and explore more in depth the connections of individual entities based on previous findings in other geographies. 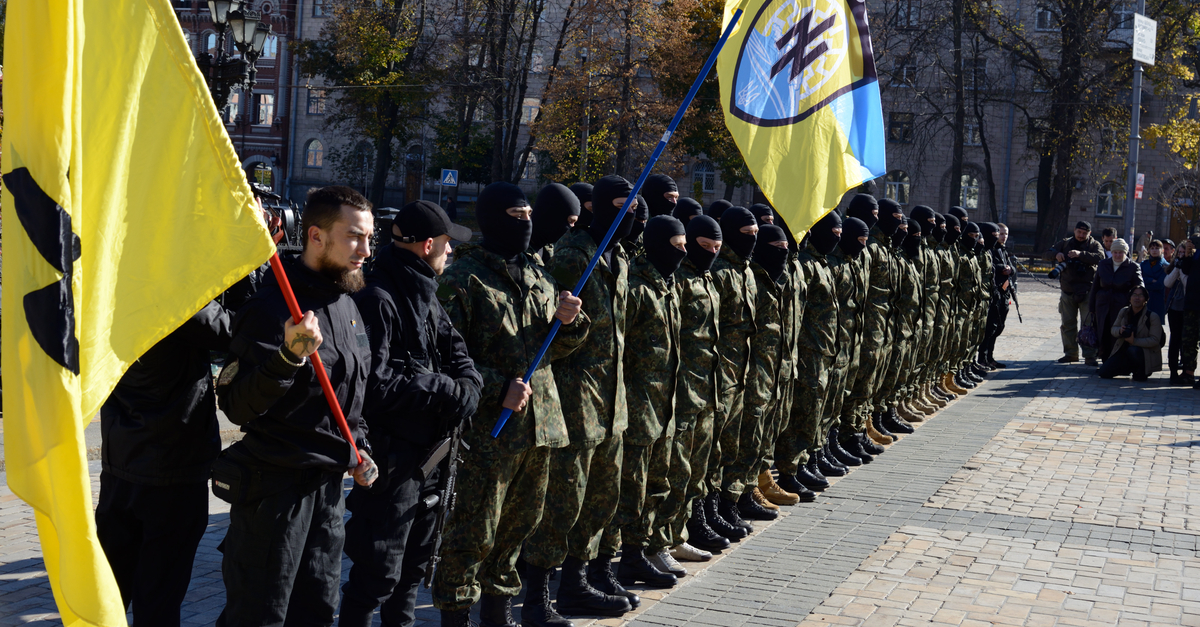 The Ongoing Effort to Link the Buffalo Shooter to Azov Battalion

This Dispatch examines the key narratives and mechanisms used by pro-Kremlin influencers and actors attempting to link the Buffalo shooter to the Azov Battalion. 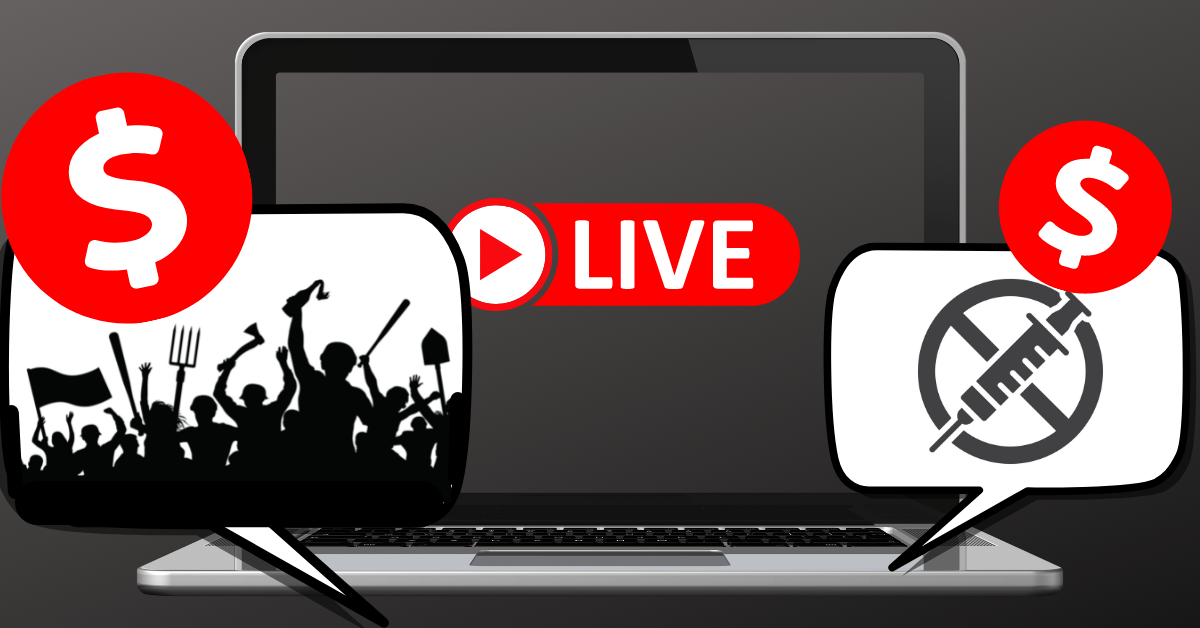 This Dispatch explores how YouTube and its creators are profiting from livestreamed Super Chats promoting violence, conspiracies, misinformation and hate. 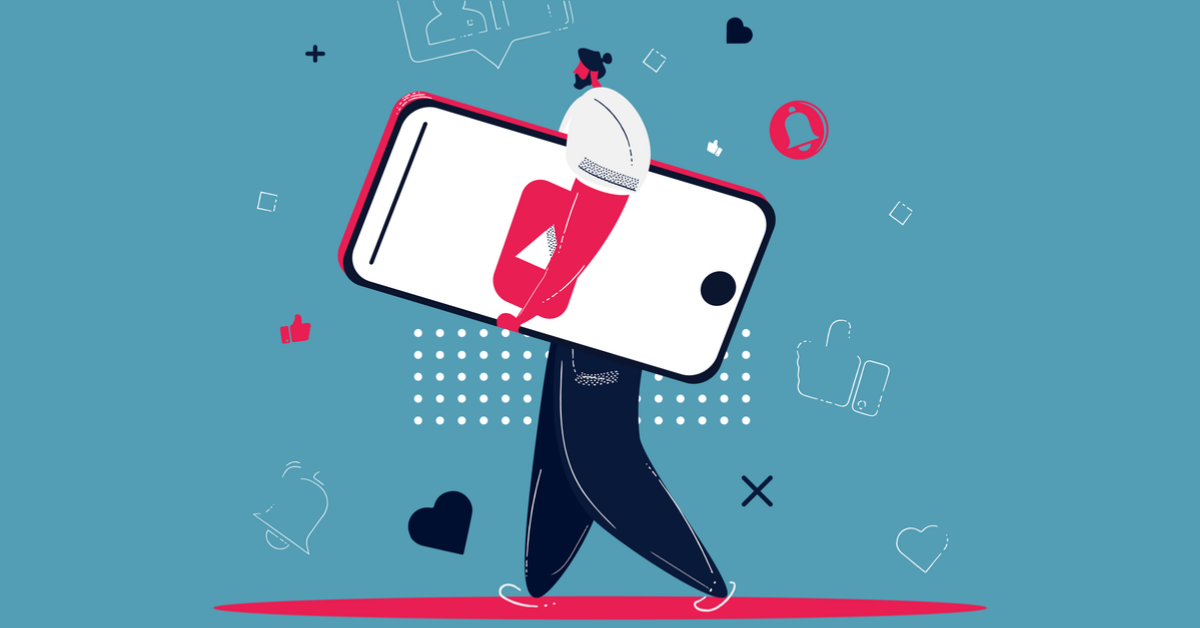 Unprompted and Unwarranted: YouTube’s Algorithm is Putting Young Men at Risk in Australia

This Dispatch shares the findings of a recent ISD study into the videos YouTube recommends its young Australian male users, including anti-trans and misogynistic content.