In the wake of the November 20, 2022, mass shooting that killed 5 and injured dozens at Club Q in Colorado Springs, Colorado, there has been a significant rise in noxious discourse across social media platforms, vilifying LBGTQ+ communities and individuals by labeling them ‘groomers’ and ‘pedophiles.’

This messaging, being echoed and amplified by politicians as well as social media influencers including some affiliated with the far right, is contributing to an atmosphere of suspicion, and in some instances, calls for violence. The attack, and apologetic responses to the attack, has emboldened violent accelerationist neo-Nazi groups, who are celebrating the attacker and linking the incident to mainstream discourse about LGBTQ+ people.

Apologism for the attack on Club Q

Over the past three days, Facebook posts using the term ‘pedophiles’ and ‘groomers’ have had a 613% and 74% rise in interactions, respectively. Part and parcel of this narrative is a soft justification for the shooting, since users online have noted that Club Q was hosting a meet and greet ‘drag event’ the day of the shooting, which has been used to fuel ‘pedophile’ and ‘groomer’ narratives since.

Figure 1. There was a 613% rise in interactions across public Facebook pages using the term ‘pedophiles’ following the day of the shooting.

Figure 2. There was a 74% rise in interactions across public Facebook pages using the term ‘groomers’ in the days following the mass shooting. 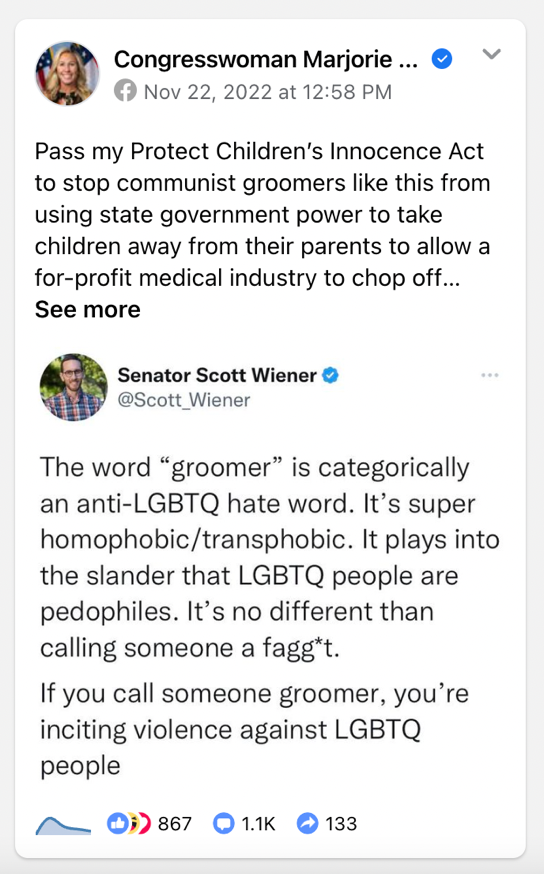 Figure 3. An example of a Facebook post referring to LGBTQ+ people as ‘groomers’, written by Congresswoman Marjorie Taylor Greene

A variety of social media influencers have engaged in apologism for the shooting, continuing to slur LGBTQ+ people as ‘groomers’ and ‘pedophiles’. Tim Pool, a verified ‘independent journalist’ with more than 1.5 million followers on Twitter dubbed a ‘superspreader’ of 2020 election disinformation by the Universities of Stanford and Washington, insinuated that the mass shooting was justified due to Club Q hosting a ‘grooming event’ being held on the same day. Pool retweeted another tweet by Kurt Schlichter (454,700 followers), a columnist for Townhall, indicating that conservatives did not have to “tolerate pedophiles because some asshole shot up a gay bar.” Schlichter has suggested that drag queen events ‘ought to be illegal’ in the wake of the shooting. Matt Walsh, a self-proclaimed ‘theocratic fascist’ social media influencer, claimed that “leftists are using a mass shooting to try and blackmail us into accepting the castration and sexualization of children.” The Libs of TikTok account run by Chaya Raichik (1.5 million followers), which has engaged in the doxxing of members of LBGTQ+ community and spread hatred of people identifying as trans, tweeted screenshots of a Colorado drag event the day of the shooting. This spurred further hatred in the aftermath of the attack. 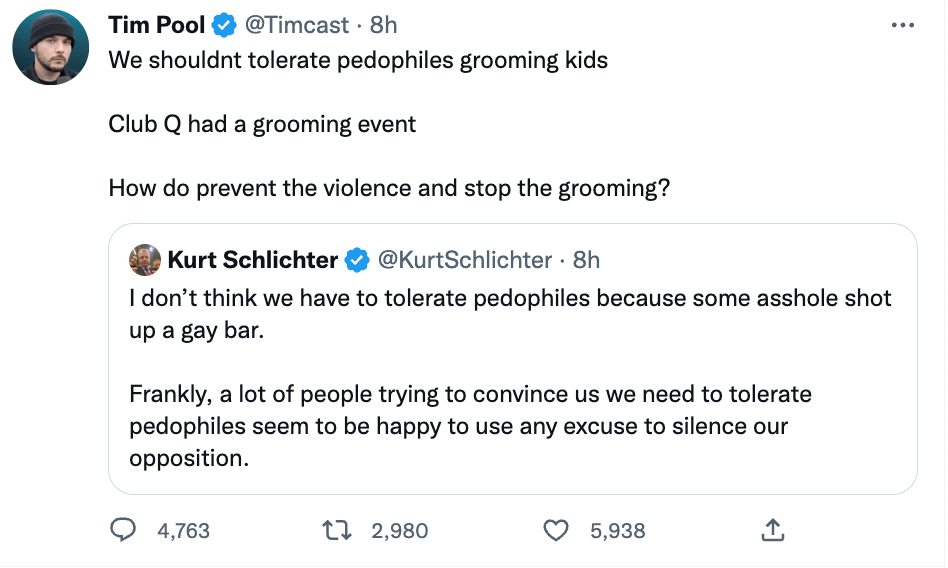 Figure 4. Tim Pool tweets in the aftermath of the mass shooting at Club Q. 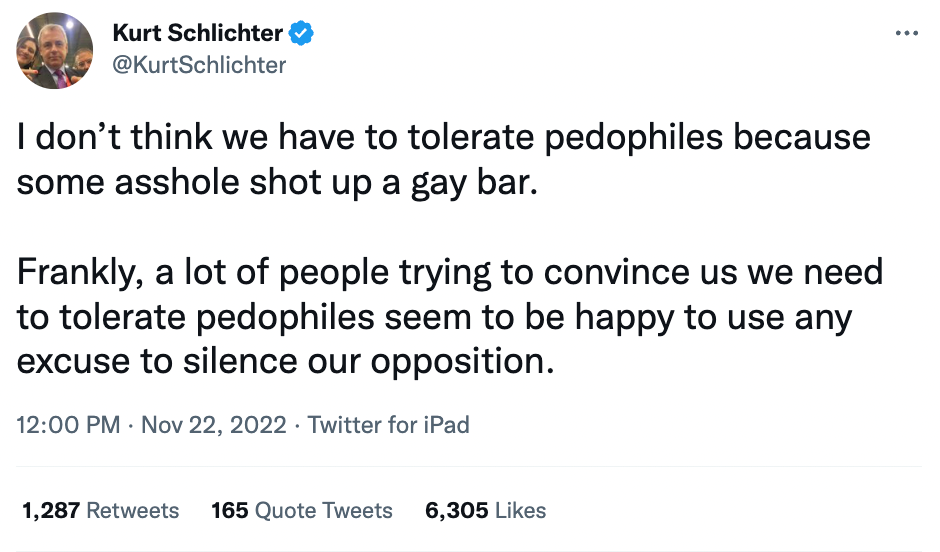 Figure 4. Kurt Schlichter tweets in the aftermath of the mass shooting at Club Q

Celebration of the Colorado Springs attack by violent neo-Nazis

These commenters similarly have taken umbrage with accusations that they are engaging in ‘stochastic terrorism’, which is “the public demonization of individuals or groups resulting in incitement to violence.” On Telegram, neo-Nazi accelerationist networks, parroted the language of ‘pedophiles’ and ‘groomers’ used by the aforementioned figures, highlighting the very real impact of this kind of rhetoric.

One network of violent accelerationist neo-Nazis dubbed the shooter, Anderson Lee Aldrich, a “saint”. This terminology has similarly been used to describe Ted Kaczynski, Brenton Tarrant, Anders Behring Breivik, and Payton Gendron, as well as other mass casualty perpetrators. Another group that has created audiobook versions of ideological attack guides such as ‘Hard Reset’, and documentaries such as ‘White Terror’, shared a message that read “the only thing better than celebrating a new attack is celebrating it with all of you.” A third neo-Nazi channel wrote, “five random f**s are not worth the life of a good White man.”

One accelerationist channel made the most explicit link between the attack and mainstream discourse about LGBTQ+ people, following up celebratory posts with links to an episode of Fox News host Tucker Carlson’s show about “the sexualization of children risking lives.” 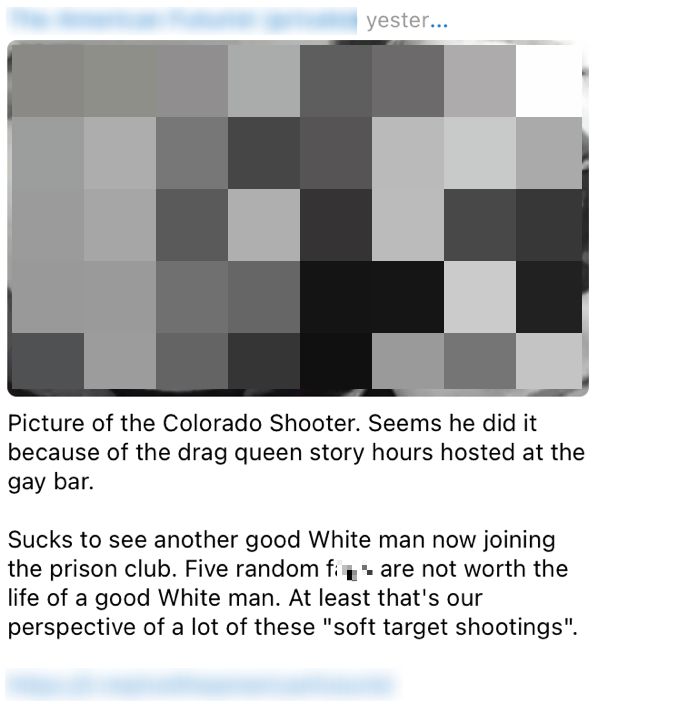 The rise in this type of rhetoric may feed into highly violent communities of the extreme right. It is possible that further attacks may occur, as we have seen in recent years that attacks of this nature often comes in waves triggered by an initial incident. LBGTQ+ communities are a key focus of accelerationist attacks. They are considered “soft targets”; the apologetic reaction of mainstream audiences to attacks on them amplifies the messaging of the violent extreme right in mainstream discourse. The hope of accelerationist groups is that this will result in “copycat” acts of violence. 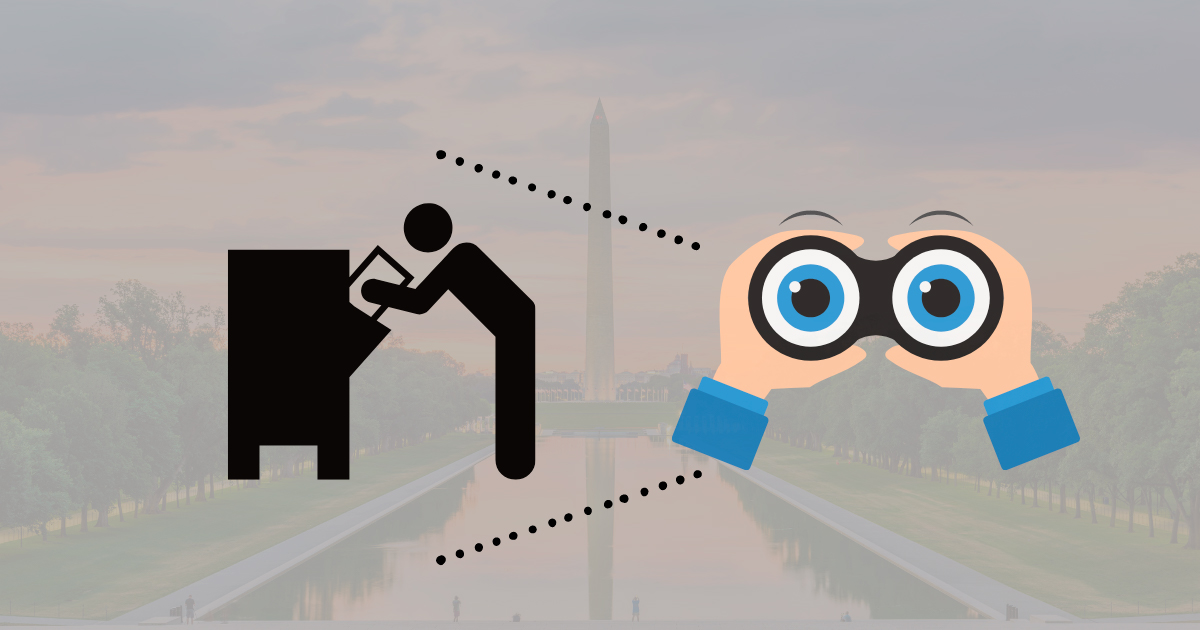 ISD analyses the efforts of election denialists and others to monitor voting drop boxes in the run-up to the 2022 US mid-terms.