The Russian invasion of Ukraine has led to a humanitarian crisis and the displacement of millions. According to UNHCR, 7.6 million refugees from Ukraine were recorded in Europe as of early October 2022. ISD’s previous research has shown how extremist actors weaponise the topic of migration to spread disinformation and hatred against refugees from the Global South. Since the start of the full-scale Russian invasion, refugees from Ukraine have also become targets of hate and disinformation campaigns in Germany,

In order to understand the scope and nature of hate speech and disinformation directed against Ukrainians, ISD analysed Russian-language discussions about refugees in pro-Kremlin groups and channels on Telegram since the start of the invasion.

Our findings show that Russian-language propaganda on Telegram spreads various incongruous claims to justify the full-scale war against Ukraine. On the one hand, certain messages aimed at domestic audiences maintain that the waves of refugees are caused not by Russian aggression, but by Ukrainian “Nazis”, depicting the Russian state as benevolent to Ukrainian refugees and falsely portraying their arrival in Russia as voluntary. On the other hand, the same refugees in Europe are portrayed as a threat to host states; not fleeing the war, but looking for material benefits and abusing the social system. Pro-Kremlin sources also target Russian-speaking refugees with messages that they are not welcome in Europe, that they will be in danger there, or that Ukraine would treat them as traitors. Meanwhile, Russian speakers abroad are targeted with claims that Ukrainians are “Russophobic” and a threat to them.

Analysts also found that these pro-Kremlin Telegram channels use manipulated or fabricated footage from established media to spread false and misleading information about refugees, and amplify false information propagated by the Russian Ministry of Defense. Telegram remains a favourable environment for the spread of hateful speech and disinformation. The platform should take these harms seriously and impede their spread.

Analysts used a seed list of 357 Russian state and pro-Kremlin Telegram groups and channels publishing content in Russian. It was based on a seed list of Russian-language groups and channels collected by the Disinformation Situation Center, a coalition of civil society organisations tracking Russia’s information war, and expanded to European countries with the largest numbers of Ukrainian refugees, namely: Poland, Germany, the Czech Republic, Italy, Spain, Bulgaria, France, UK, Slovakia, and Austria. The seed list included state-affiliated accounts of diplomatic representatives and state-affiliated media, as well as channels that are not associated with the state, but display a clear pro-Kremlin bias. A channel was categorised as pro-Kremlin if an explicit pro-Kremlin bias was found. This includes featuring only the Russian narratives about the war in Ukraine, or providing explicit support to Russia or to the invasion.

Telegram was chosen for this analysis for two reasons:

With Method52, a digital analysis tool developed by CASM Technology, analysts collected all messages published by these channels between 24 February 2022 (the start of the full-scale invasion of Ukraine by Russia) and 14 September 2022. Analysts then filtered for messages containing either keywords related to refugees from Ukraine in general, or explicitly derogatory and hateful terms used to describe refugees that were identified from an initial scoping. To identify the main narratives about refugees, analysts manually coded 100 random messages that included any of the keywords.

ISD identified 5,778 posts containing one of the keywords related to Ukrainian refugees. While this is a fairly small subset of the overall volume of posts published by the groups and channels in the analysed period of time (1.9 million), the posts that contained refugee-related keywords amassed an aggregate of more than 371 million views and more than 3 million interactions. Most of these posts promoted pro-Kremlin messages about, or negative sentiments towards, Ukrainian refugees. This likely resulted from the fact these messages were collected from Russian state-affiliated and pro-Kremlin groups and channels.

As Figure 1 shows, the volume of posts about refugees was slightly higher in the first months after the start of the invasion.

Figure 1: Volume over time of posts about Ukranian refugees (weekly)

By manually coding a random sample of 100 posts containing relevant keywords, analysts identified six main narratives. The most popular narrative revolved around “refugees from Ukraine not being welcome in Europe”, with 20 posts out of 100 (20%) containing this sentiment. Posts with this narrative mostly included opinionated and unverifiable claims such as: “refugees from Ukraine are not welcome anymore in Europe,” “Britons who had previously agreed to host families from Ukraine are increasingly asking their guests to leave their homes,” and that refugees would soon be “pariahs” in Europe. The channels exploited policy changes in host countries, such as Bulgaria’s decision to stop accommodating Ukrainian refugees in hotels, to make general claims that Ukrainians are no longer welcome.

The second largest group of posts (18%) repeated the narrative that “Russia is taking care of refugees from Ukraine”. This narrative supported the claim of pro-Kremlin propaganda that Russia is “liberating” Ukraine from alleged Nazis and offering protection to those fleeing them. In fact, Russian authorities have been forcibly transferring civilians from occupied Ukrainian territories to Russia and subjecting them to a “filtration” process, a compulsory security screening as documented by Human Rights Watch, which amounts to a war crime. The posts analysed did not mention either this fact or that the Russian invasion is the reason why Ukrainians have to flee their country in the first place. Instead, many posts listed the social benefits the Russian authorities were offering to Ukrainians, including benefits to those who decide to apply for Russian citizenship. They also discussed the amounts of money allegedly spent by Russian authorities to help Ukrainian civilians. One post, for example, claimed that the news about Ukrainians being entitled to a pension in Russia motivated people in Mykolaiv, a Ukrainian city near the front line, to leave Ukraine for Russia, travelling via Poland.

The narrative “Ukraine is harming/mistreating civilians” occurred in 17% of the manually analysed posts. Supporting the Russian propaganda narrative of Ukraine as a “Nazi regime”, these posts portrayed the actions of Ukrainian authorities as the main reason for the displacement of civilians. Several posts made false claims, or that Ukraine deliberately prevented civilians from leaving besieged cities to use them as “human shields”. This narrative group also includes posts claiming that Ukrainian authorities and people in Western Ukraine mistreat displaced people from Eastern Ukraine because they speak Russian.

Another 17% of posts portrayed Ukrainian refugees as a threat to their host countries. These posts claim that “Nazis” would hide among refugees from Ukraine, that Ukrainians would bring diseases, or that they are abusing the social systems of host countries. Ukrainians were portrayed in these posts as uncivilised, and characterised with the hateful term “бешенцы” (a portmanteau blending the words “rabid” and “refugees”). One post in the sample warned of the “Ukrainization” of Poland – a common theme in pro-Kremlin propaganda. Most of these posts referred to refugees in Europe; one mentioned Ukrainian refugees in Israel and two posts claimed that Nazis or Western agents might infiltrate Russia disguised as refugees from Ukraine.

4% of posts centered around the narrative of “preferential treatment of Ukrainian refugees”, claiming that Ukrainians are getting much better conditions than refugees from other countries arriving in Europe.

Finally, 2% of posts (i.e. 2 posts of the 100 sampled) claimed that Ukrainians are in danger in Europe. One post warned that children of refugees can be taken away by authorities in Europe, while the other one claimed that a French NGO was allegedly harvesting data from Ukrainians in camps in Poland, Romania and Moldova, and speculated that the NGO was creating a network to spread information or disinformation amongst the refugees.

Figure 2: Narrative breakdown based on ISD’s analysis of a random sample of 100 refugee-related messages from pro-Kremlin Telegram accounts 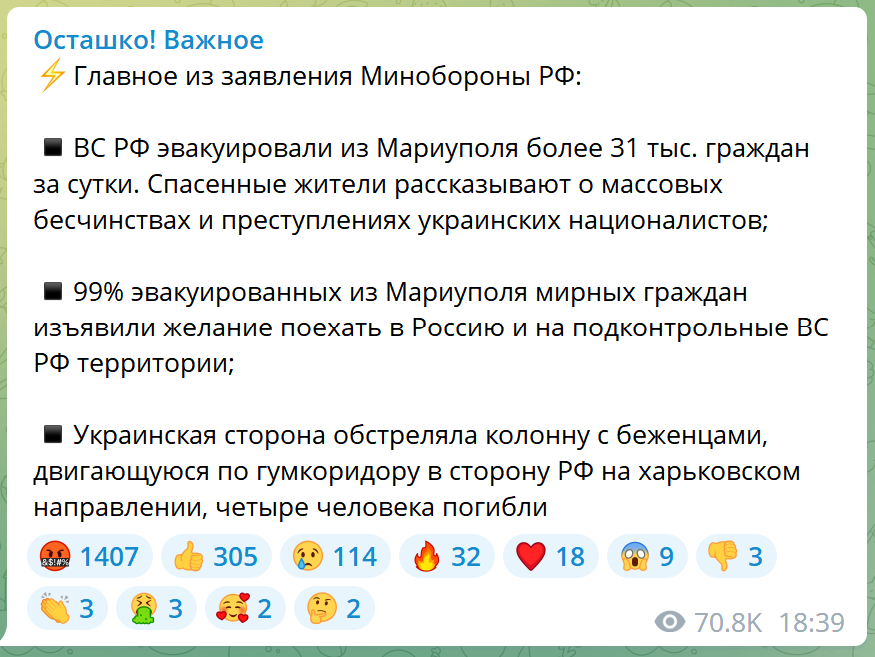 Figure 3: Post claiming that 99% of the people from Mariupol voluntarily decided to flee to Russia or the territories occupied by Russia and that Ukraine shelled refugees who used a humanitarian corridor 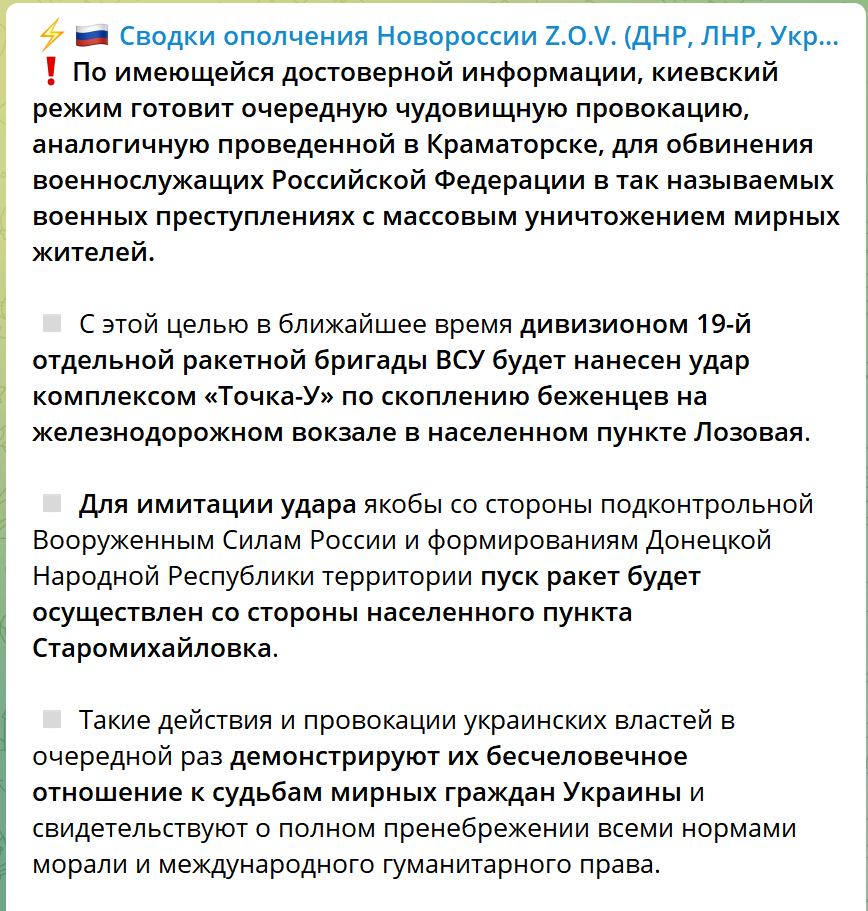 Figure 4. Post claiming that Ukraine is planning a provocation against fleeing civilians. 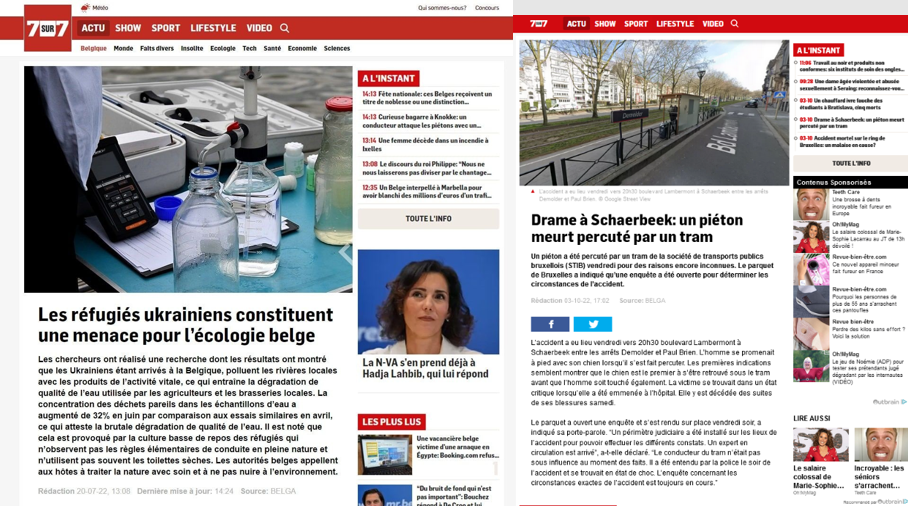 Figure 5. A screenshot of an article supposedly from 7sur7.be calling refugees from Ukraine a threat to the Belgian environment (left).

Analysts also identified other false claims in the messages that portray refugees as a threat to host countries. Similar to the Belgian news website example, several of these claims referred to manipulated or fabricated footage from established European media outlets as a source. In July, a false claim that a Ukrainian refugee in Estonia stole and killed an expensive truffle pig from a farmer was widely shared by Russian state and pro-Kremlin media and Telegram channels. The claim was based on a fake Euronews video. On Telegram, the video was shared by Russian propagandist Vladimir Solovyov to his 1.2 million subscribers, receiving more than 322,000 views; by Russian state-affiliated outlet Ukraina.ru’s channel, receiving more than 27,000 views; and numerous anonymous pro-Kremlin channels. The claim was also widely shared by Russian state-affiliated and pro-Kremlin media such as Gazeta, NTV and RenTV.

While some articles about this story referenced Euronews as a source of information (without direct links to the source on the Euronews website and with NTV even mentioning that Euronews is banned in Russia), others cited other Russian media or Telegram channels, thus obfuscating the origin of the false information further. An example of this is an article in the outlet Lenta that cited the Telegram channel of the Russian state-affiliated media Sputnik as a source. Other disinformation based on manipulated or fabricated footage of established media included claims that Ukrainian refugees burnt down a forest in Spain and a house in Germany. For a case study on a German-language Telegram channel spreading numerous fabricated videos about Ukrainian refugees see ISD’s earlier Dispatch.

A manual review of the content from these channels showed that they regularly use other hateful terms to refer to Ukrainians in general, not just to refugees. The total amount of hate speech in these channels may therefore be much larger than just those specific mentions of refugees. Thus, members of the Russian chat in Dresden that contained the highest amount of hateful and derogatory terms regularly reposted content about Ukrainian refugees from other pro-Kremlin channels. Posts in the chat claimed that Ukrainians in Germany abuse the social welfare system, attack Russians and organise “Russophobic” performances and demonstrations. Several reviewed posts contained slurs directed towards Ukrainians. ISD chose not reproduce this content here as it is too offensive.

As this report shows, Telegram remains a favourable environment for the spread of hateful speech and disinformation, and it has been effectively used by pro-Russia accounts to target Ukrainian refugees.

Based on the findings of this report, ISD proposes the following recommendations to governmental bodies, policy-makers, civil society organisations and social media platforms on tackling disinformation around migration: