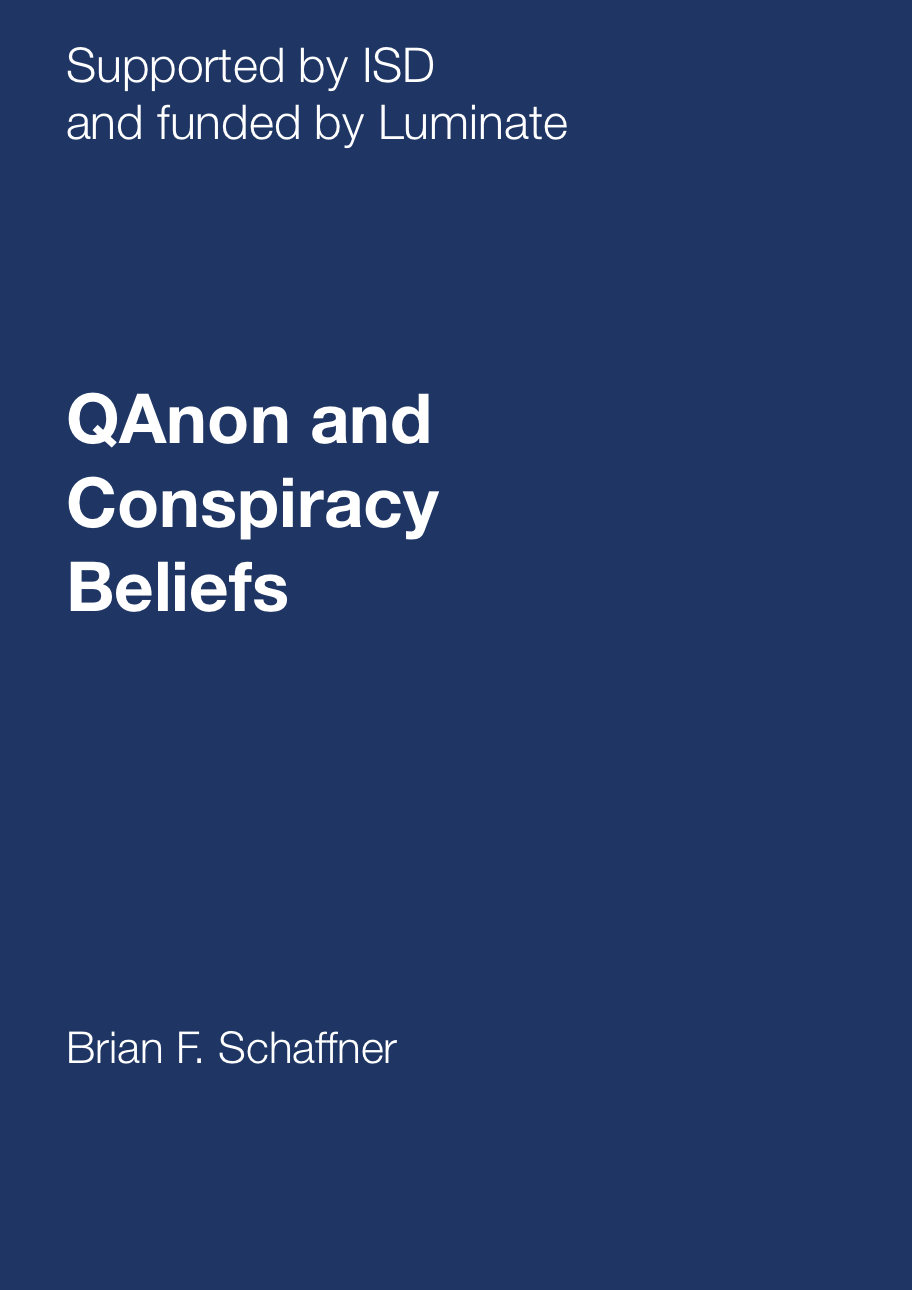 The findings in this report are based on a survey of 4,057 American adults. The survey was designed to probe the relationship between QAnon and conspiracy belief in the United States. The study finds that only a small percentage of Americans know a lot about QAnon, and a majority report that they have not heard anything at all about it. The average American had heard less than one of the four QAnon conspiracy theories we asked about. After accounting for the fact that most Americans have not heard of QAnon, only 7% have a favorable view of QAnon and a similar percentage say they can trust QAnon to provide accurate information at least most of the time.

Views towards QAnon should not be taken as synonymous with conspiracy belief. The average respondent who viewed QAnon favorably had heard less than half of the four QAnon conspiracies we asked about and they only believed one of the four. Thus, QAnon supporters do not even know about, much less believe, all of the QAnon conspiracies. Similarly, conspiracy belief is not limited to QAnon supporters. In fact, 16% of those who did not rate QAnon favorably recognized and believed at least one of QAnon’s conspiracy claims.

Schaffner is the Newhouse Professor of Civic Studies in Political Science and Tisch College at Tufts University. He is also co-Principal Investigator for the Cooperative Congressional Election Study and a faculty associate at the Institute for Quantitative Social Science at Harvard University. His research focuses on public opinion, campaigns and elections, and political parties. He is co-author of the books Hometown Inequality: Race, Class, and Representation in American Local Politics and Campaign Finance and Political Polarization: When Purists Prevail. His research has appeared in over forty journal articles and has received millions of dollars of in grant funding.